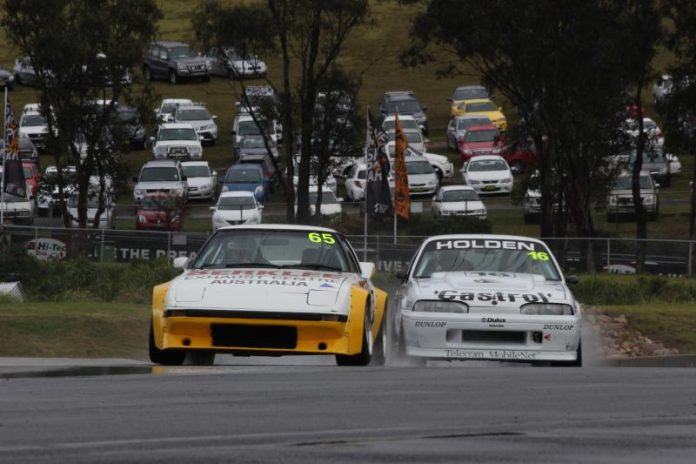 THE cars that highlighted the Bathurst 1000 in the 1970s, 80s and 90s will bring memories flooding back for Australian motorsport fans at this year’s Sydney NRMA 500 at Sydney OIympic Park.

Heritage Touring Cars – featuring Group A and C Historic touring cars covering the period of 1973 to 1992 – have joined the support bill for this year’s V8 Supercar finale.

The category featuring cars that created the ‘Legend of Bathurst’ will take part in a demonstration race each day over the December 5-7 event.

Heritage Touring Car racing caters for two distinct periods of touring car competition – Group A covering the international era between 1985 and 1992 and Group C covering 1973 to 1984 featuring locally-grown products from Holden and Ford and a range of other vehicles including BMWs, Mazda RX-7s and Nissan Bluebirds.

Group A and C touring cars last appeared at a Sydney-based V8 Supercars Championship event at Oran Park in 2008 and category representatives are thrilled to be a part of the Sydney NRMA 500.

“This category is all about highlighting the history of our sport,” says Heritage Touring Cars Director Ed Singleton.

“We have a great cross section of passionate car owners covering both the Group A and C eras of touring car racing history and a wide variety of cars of all makes and models within the class.

“The opportunity to demonstrate their capabilities around the streets of Sydney is one we’re really looking forward to. We’ll be bringing back plenty of golden memories for many fans.”

Heritage Touring Cars are all certified and log-booked former Group A and C touring cars that have a proven competition history – no replicas are permitted – with all cars required to appear in liveries of a specific event/race from the car’s competition history.