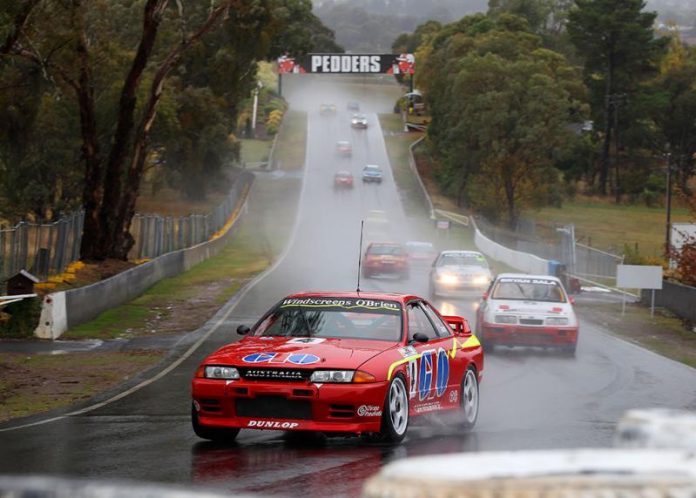 Legends of Bathurst are returning to their spiritual home in 2019 …

THE Heritage Touring Cars will race at Bathurst once again as part of a renewed support category line-up for the 2019 Bathurst 6 Hour production car race.

Organisers of the production car endurance race have announced that the classic Group A and C machinery will form a crucial part of revamping the annual Easter meeting, which sees the category return to Mount Panorama after missing the 2018 event earlier this year.

The category’s return will see a large grid of Australia’s most memorable race cars take to the iconic circuit with cars from 1973 to 1992 represented on track.

“We’re the custodians of these magnificent Group C and A touring cars, and we love taking them to the track for everyone to enjoy,” said Singleton.

“There is no better opportunity to show them off and share them with the fans than a blast around Mount Panorama at the Bathurst 6 Hour event.”

The category last raced at the Mountain as part of the same event in 2017 with Chris Stillwell taking the last victory there aboard his ex-Dick Johnson Shell Sierra.