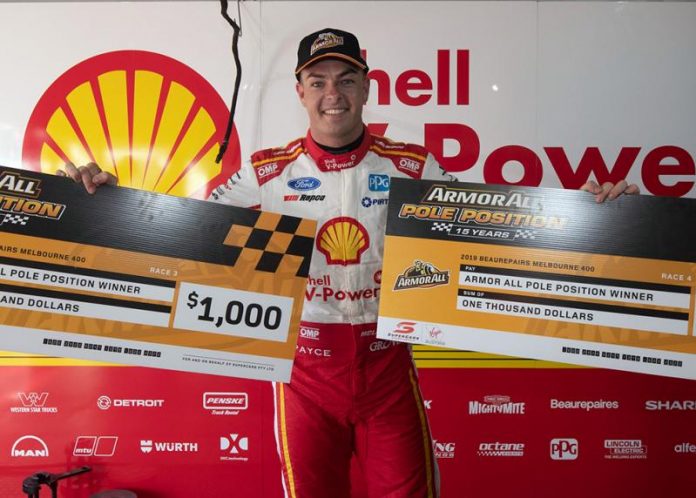 IF it doesn’t feel like it took very long for Scott McLaughlin to rack up 50 career Supercars Championship pole positions, you’reright.

Only three drivers have achieved a half century of poles, McLaughlin joining Peter Brock (57) and Jamie Whincup (80) inreachingthe mark.

33 of McLaughlin’s poles have come in the 63 races sincethe start of 2017, giving him a strike rate of 52.3 percent since joining DJR Team Penske.

McLaughlin’s one-lap dominance has skewed the balance towards Ford when it comes to the manufacturers’ share of poles in the past three seasons.

He has contributed all but six of the 39 pole positions taken by the ‘blue oval’ since 2017; McLaughlin was responsible for all 13 of Ford’s poles last year (42 percent) in the final season of the Falcon, where Holden ended the year with 17 (55 percent).

McLaughlin’s purple patch with DJR Team Penske also extends to the win column: he has taken 19 of Ford’s 29 race wins since the start of 2017.

Which begs the question: what would the last few seasons of the Supercars championship look like without Scott McLaughlin?

Handing his poles and race wins to the next best driver illustrates how integral McLaughlin has been to Ford’s performances since 2017.

When it comes to race wins, Ford and Holden are evenly matched on 29 and 28 wins heading into the Beaurepaires Melbourne 400 weekend; delete McLaughlin’s efforts and that split changes to 16-40 in favour of the General.