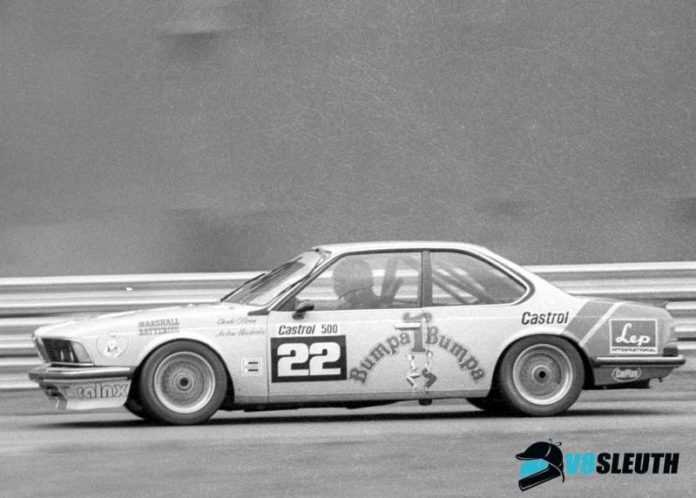 THE rise in the popularity of Heritage Touring Cars and Historic Group A and C touring car racing in Australia and indeed around the world continues with more cars coming out of the woodwork to return to the track.

Regularly seen behind the wheel this year of a former Tony Longhurst B & H Ford Sierra, Carey McMahon has secured a former Charlie O’Brien BMW 635 CSi Group A car and intends to take it overseas to compete in 2018.

V8 Sleuth understands there to be very few right hand driver Group A BMW 635s in the world, making this car quite unique.

O’Brien and Andrew Miedecke teamed up in the car for that year’s Castrol 500 at Sandownwith John English sharing with O’Brien at Bathurst in 1985.

The car also ran at the inaugual Adelaide Grand Prix Group A touring car support race (finishing third behind Dick Johnson and Peter Brock)and the infamous Surfers Paradise Australian Endurance Championship round, where it was one of many cars to fall off the road when a sudden rain storm soaked the track.

Driven briefly in the 1986 ATCC by the late Gregg Hansford (at Surfers Paradise) and at Bathurst that year by English and Kiwi Glenn McIntyre,the BMW spent further time racing in New Zealand in O’Brien’s hands in the Nissan-Mobil endurance races and has been in Kiwi-land for quite some years since.

McMahon intends to have the car prepared to take to Europe to race in 2018 with the plan of tackling some of the world’s famous circuits includingSpa, Silverstone and Brands Hatch.

In the meantime he has his Touring Car Masters Torana V8 for sale here on the V8 Sleuth website.

Here’s the action from the 1985 Castrol 500 at Sandown with the Bumpa-T-Bumpa BMW in the field.