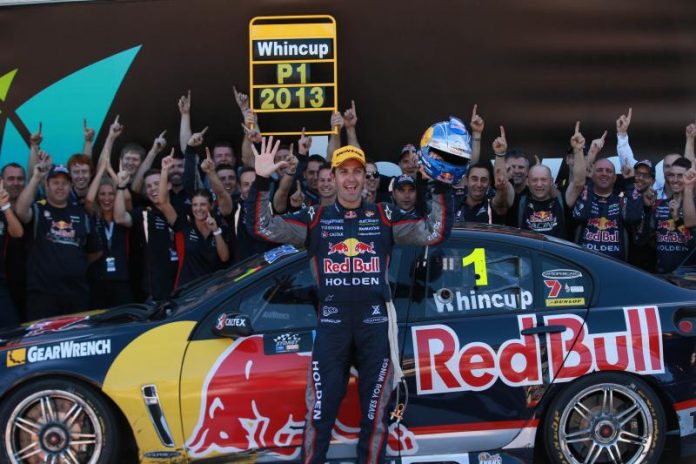 THE Red Bull Commodore that took Jamie Whincup to his record-equalling fifth and record-breaking sixth V8 Supercar Championship is on the market.

This car has been raced in the Dunlop Super2 Series by Jake Kostecki and has just been listed on the V8 Sleuth website in our Classifieds Page Powered By Tickford.

Find out more about this car – which would make a super collector’s piece – here.

Here’s Whincup grabbing pole in 2013 in this chassis, his first Bathurst pole position and the 50th of his Supercars Championship career.