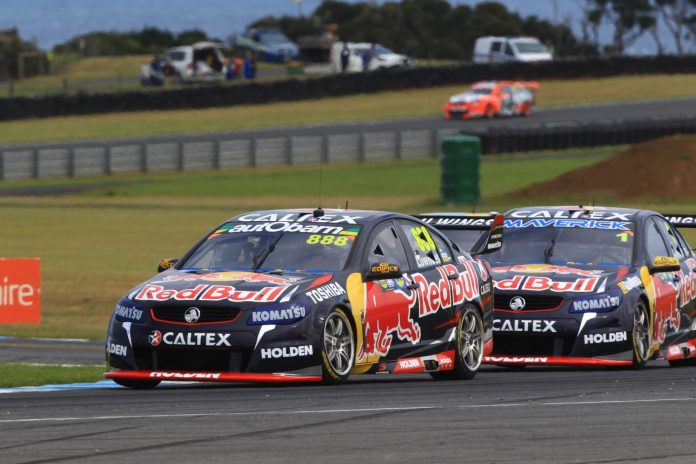 This is a piece of V8 Supercar history – the car that took Jamie Whincup to his fifth and sixth championship wins in 2013 and 2014 respectively.

Won the Sandown 500 on debut in 2013 and driven by Whincup throughout rest of that season and all of 2014 before then running it for the first half of 2015.

For sale as complete car – can be put back into #1 Whincup championship-winning livery or #888 Lowndes Red Bull livery for a collector.

GET YOUR OWN HOLDEN PROJECT SANDMAN!