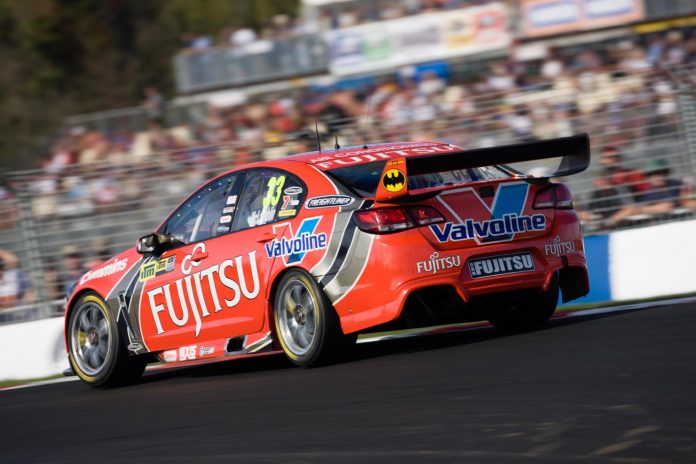 This podium-proven GRM-built Holden VF Commodore is race ready for the Dunlop Super2 Series. The engine has around 2000km or 3 events left until the next GRM rebuild is due.

This car is being returned to its McLaughlin 2013 GRM Fujitsu Racing livery, making it an ideal collectable being his first Supercars race winning car.

Later it was driven by James Golding in 2016, finishing 4th in the Super2 Series, including his first-ever race win in a Supercar at Phillip Island and another at Sandown.

This VF is built for a skilled driver that wants to win and start a career in the Supercars main series.