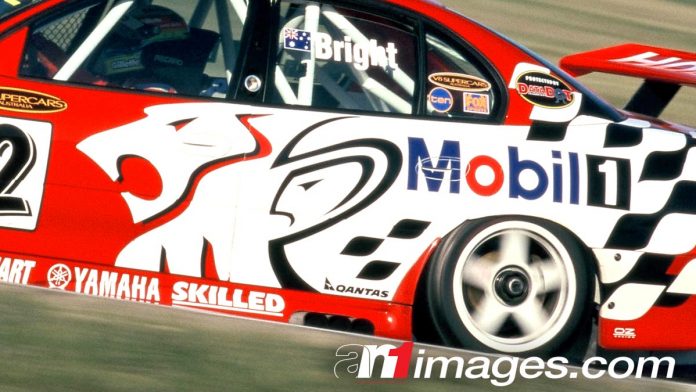 THE famous Holden Racing Team brand will disappear from the Supercars grid next year in the wake of General Motors retiring the brand in Australia and Triple Eight Race Engineering and Holden coming to terms on the end of their deal.

But the name will live on in an unusual place – England.

The owner of five Holden V8 Supercars in England (the most recent acquisition an ex-Scott McLaughlin GRM Fujitsu Commodore VF we reported on very recently), Alex Sidwell has run his cars under the ‘Holden Racing UK’ banner in recent years.

In March this year he registered the business name ‘Holden Racing Team Ltd’ in the United Kingdom and will run his cars under the banner in the future.

“We are well known now for the product, so it seemed good timing to actually call the team what we always wanted to call it,” Sidwell told v8sleuth.com.au this week.

Sidwell told v8sleuth.com.au he doesn’t envisage any issues with using the name and sees it as an important step given the high regard in which the Holden Racing Team and Supercar racing has around the world with tin-top fans.

“It’s mega important, most people around the world that follow touring cars will naturally be aware of the importance of that name and the history,” he says.

One of Sidwell’s V8 Supercars in England is a Holden Racing Team Commodore – chassis 047 – a car that he’s had for over a decade.

The car started its life as a VX Commodore built new in 2002 and it won on debut at Winton that year in the hands of Jason Bright.

It was later used by Bright at Team Brock/PWR Racing and also by Cameron McConville in Supercheap Auto colours.

ARE YOU A Holden fan looking for a Father’s Day or Christmas present?

V8 Sleuth has its new ‘Racing the Lion’ book due to arrive from the printers in the next week or so – it’s our new 400-page illustrated history of Holden in motorsport book, packed with unpublished photos and plenty of information to keep you busy reading!

It’s the perfect gift and available in time for Father’s Day, order it here now!