Home News HOLDSWORTH BACK IN A HOLDEN 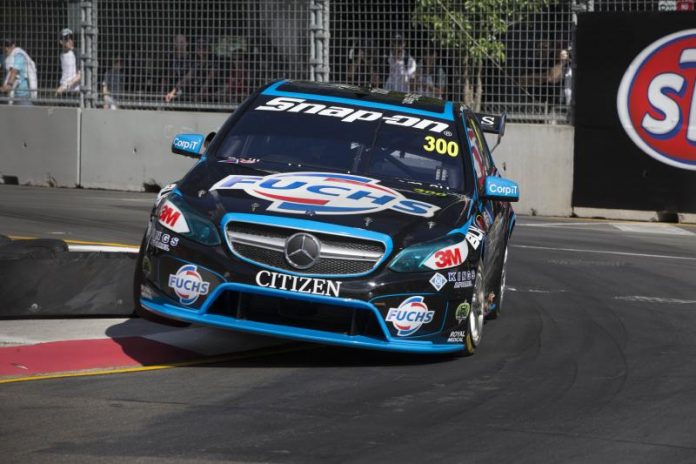 LEE Holdsworth was announced last year as re-signing to drive an Erebus Mercedes, then jumped to a team that ran out of Ford Performance Racing before the end of 2014 – and now will drive a Holden in 2015.

It was confirmed today that the multple V8 Supercar race winner will drive a Walkinshaw Racing-prepped Commodore VF after CS Racing Team Principal Charlie Schwerkolt confirmed one of the worst-kept secrets in V8 Supercars today of the move of his #18 Racing Entitlements Contract.

The move also re-unites Schwerkolt with Walkinshaw Racing MD Adrian Burgess after the duo worked together at Dick Johnson Racing and won the 2010 championship under the Jim Beam Racing banner.

After running a JELD-WEN backed Falcon out of FPR for the last two years with Alex Davison and Jack Perkins driving, the Gold Coast-based forklift company owner is running in a Holden for the first time in his involvement in V8 Supercars.

“I am joining a team that is heading in the right direction, making the changes necessary to ensure long-term success in the world’s toughest touring car category,” he said.

“The announcement just last year of a multi-year extension to Holden’s factory support of the team is also very encouraging.

“Being able to put Lee into a Walkinshaw Holden is a very exciting proposition. I think we’ll definitely be in the hunt for some great results in 2015 and beyond. We’ve got some great times ahead of us.”

Those times remain still uncertain in some areas in the way of naming-rights sponsorship given JELD-WEN has confirmed it will not return to the #18 car this season.

Holdsworth’s first drive of the #18 Holden will come at the Sydney.com SuperTest at Sydney Motorsport Park across the weekend of February 7-8.