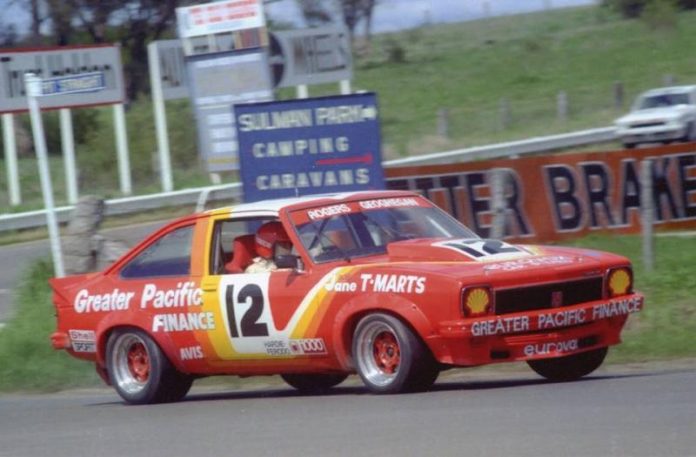 GARRY Rogers Motorsport has once again nailed their Sandown 500 retro round liveries.

The 1978 Torana A9X colours that will be carried by Garth Tander and Chris Pither have triggered the story of how Garry Rogers came to make the Bathurst 1000 field that year.

It was a Bathurst 1000 debut that very nearly was derailed and took some laterial thinking to overcome, as Rogers recalls.

“I had built another A9X Torana during the year and was planning on entering it for the 1978 Bathurst 1000,” he recalls.

“Earlier in the season I was racing my Torana Sports Sedan and a car salesman working for me at the time, John Andrew, drove up to Amaroo Park after work on the Saturday to watch me.

“When arriving at the track on the Sunday morning he had a disagreement with a gate attendant and he knocked the attendant out!

“When I put my entry in for Bathurst, Ivan Stibbard, the manager of the ARDC (Australian Racing Drivers Club), rejected my entry saying that my nominated co-driver Darryl Wilcox did not have enough experience.

“I was quite friendly with the girls in the office of the ARDC and they told me otherwise, and that my entry had been rejected because of John Andrew’s behaviour at Amaroo earlier in the year.

“I was determined to make the start line at Bathurst as I had told my sponsor and my friends that I was going to be racing in ‘The Great Race’.

“I came up with the idea that if I bought somebody else’s entry and put a driver name change in as the event got closer that I could avoid Stibbard.

“I spoke with Bob Jane and came to an agreement to purchase his entry and I raced alongside (Ian) Geoghegan.

“Things did not go as I had hoped with engine failures in practice, qualifying and the race.

“I purchased the car off Bob and in 1979 I had a big crash at Amaroo Park and it was written off.

“As much as the Bob Jane A9X did not provide any great memories with regards to results, it does remind me of the persistency and never give up attitude that is required in motorsport and more particularly, life!”