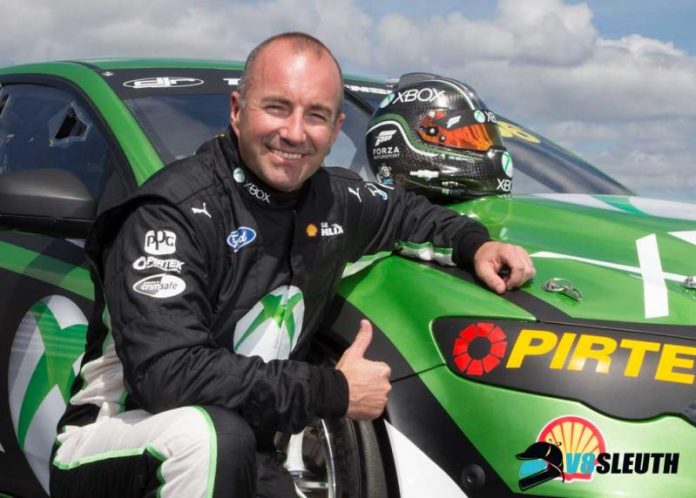 His “failed experiment” laid the foundations for a powerhouse …

MARCOS Ambrose’s shock return to Supercars and sudden departure after just one championship round could easily have shaken apart the new relationship between Dick Johnson Racing and Team Penske.

After all, the two-time Supercars champion’s decision to quit NASCAR and return home was pivotal to Roger Penske’s decision to enter the series.

However, its what Ambrose did after his sudden decision to step aside that, in his then-boss’s opinion, “saved” the new partnership.

Speaking to The Race Torque in a two-part feature, DJR Team Penske team principal Ryan Story told the full inside story on how the deal came together, including details that have never been made public knowledge previously.

In Part 1, Story revealed how his “bulls**t detector was immediately off the scale” at Penske’s first approach in 2013, only finally convinced when Roger Penske himself called him direct – as Story was heading to hospital for major surgery.

The second part of the feature delved into the team’s early Supercars seasons under the DJR Team Penske banner.

Ambrose was the third-leg of the all-star combination of Supercars icon Dick Johnson and world motorsport goliath Penske, and pivotal to the latter’s decision to join the championship.

“The Marcos Ambrose experiment did not work out,” Story told The Race Torque.

“To his eternal credit, if it was not for Marcos Ambrose committing to this program in 2014, I doubt Roger Penske would be in the sport today.”

Ambrose’s return to the championship he’d dominated a decade prior got off to a rocky start. He struggled in his return as a wildcard in the 2014 season finale at Homebush, hampered by testing restrictions and wet weather at a circuit that didn’t exist when he’d last raced in Supercars.

“He had not driven those sorts of cars for a very long time,” Story said. “The testing regime was not nearly as comprehensive as it should have been and he was a bit rusty.

“I think he underestimated it, putting it frankly. But there were very promising signs.”

One of those signs came in DJR Team Penske’s debut championship round at the 2015 Adelaide 500. Ambrose qualified the team’s sole car for the Top 10 Shootout on the Sunday and raced competitively in the top half of the field.

It would be his last championship start as the team’s main driver.

After four bruising non-championship races at Albert Park, culminating in a start-line shunt on the Sunday, Ambrose told the team he could no longer be their lead driver.

“Marcos committed after stepping aside in early 2015, without asking, to meet all the commercial arrangements a race driver has,” he explained.

“To be part of the team, to attend every race, to attend the autograph sessions, to mentor the engineering group, to mentor Scott Pye who picked up the drive after the Grand Prix.

“Ambrose did everything he could possibly do and more to make up for the fact he stepped away from the car.

“His actions saved the team and I will forever be grateful to him.”

Head to The Race Torque hereto read the full Part 2 of the feature story.