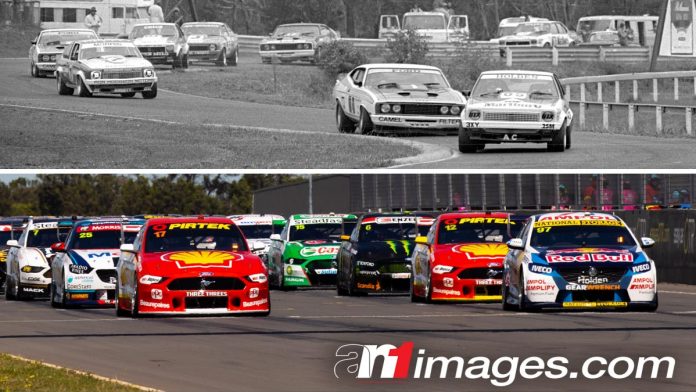 THE 60th anniversary season of the Australian Touring Car Championship and Supercars Championship has been one of the more remarkable in its history.

That a season has even been able to take place at all – never mind a champion be crowned – amid the onset of the global COVID-19 epidemic is a tribute to the efforts of Supercars’ teams, administrators and the sacrifices made by them and their families to keep the championship alive in the face of rapidly changing circumstances.

Originally scheduled for 14 rounds across seven Australian states and territories plus New Zealand, the 2020 championship will wrap up this month with the Bathurst 1000 as its 11th and final round, a figure that includes the Melbourne 400 which was cancelled after practice and qualifying had begun.

The shortened schedule got us wondering at V8 Sleuth: how does the condensed 2020 season compare in ATCC/Supercars Championship history?

We ran the numbers in our AN1 Data statistical database and this is what we’ve found.

With 11 rounds, the 2020 season has been contested over the fewest rounds since 1998. Held over 10 rounds, 1998 was the last year before the Sandown 500 and Bathurst 1000 endurance races were rolled into the championship schedule.

This year comes in 20th on all-time list in terms of races. On paper there will have been 31, and there will have been 29 Armor All Pole Position Awards handed out by the end of the season, but only 27 physical races will have taken place across the 2020 Supercars Championship season due to the Melbourne 400’s cancellation on the Friday morning of the round.

The 27 races make 2020 the shortest season in that metric since the 2011 season, which consisted of 28. Interestingly, it is also the first season to comprise 27 races.

Incidentally, the 2014 season would’ve been longer than the 2018 distance had it not been for the thunderstorms that shortened two of the three races at the Sydney Olympic Park season finale – but, applying the same thinking, 2018’s total race distance would have been over 7,000km had it not been for thunderstorms that curtailed the Sunday race at that year’s Gold Coast 600.

Interestingly, it will be the shortest season since the 231-day 1999 season, which marked the first time the Bathurst 1000 served as the final round of the championship, and will be just one day longer than the 1969 season, which was the first ATCC title held over multiple rounds.