Home News HOW WHINCUP WON HIS 100 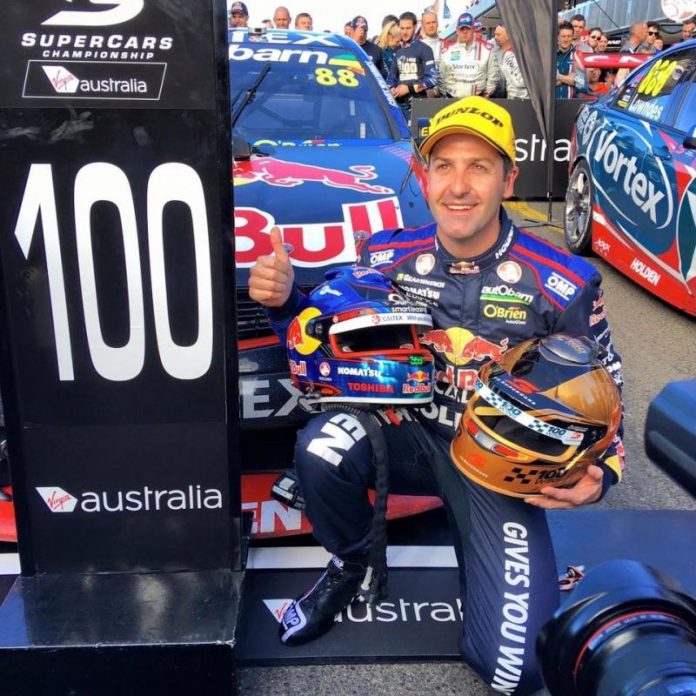 The V8 Sleuth team love stats and keep a count of many of them for a range of clients including Red Bull Racing Australia – here’s a snapshot of Jamie’s pathway to 100 wins.

– His most successful tracks are: Symmons Plains (11 wins) and Adelaide (10 wins).

– 66 wins have come on traditional race circuits, 34 on street courses.

– Most race wins he’s had in succession – 7 across Bathurst, Gold Coast and Bahrain in 2008.