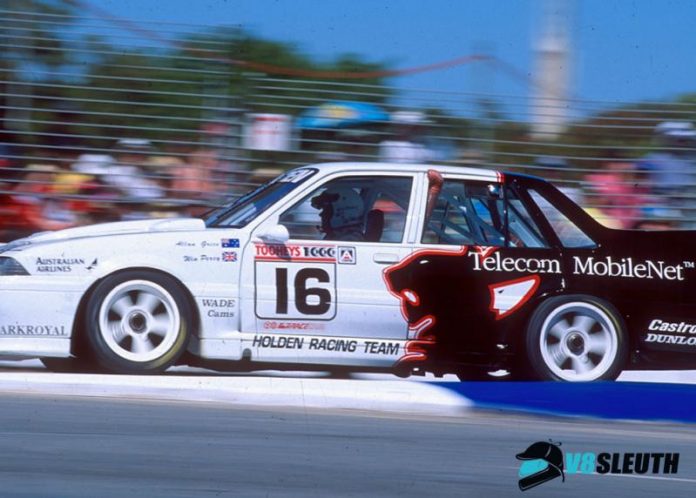 After being advertised by Dutton Garage the car has now been moved into the ‘sold’ section of the organisation’s website.

The identity of the new owner remains undisclosed publically, with a sale price of over half a million dollars touted within the motorsport industry.

The car – driven by Win Percy and Allan Grice to claim the HRT’s first Bathurst win 26 years ago – had been part of the Walkinshaw collection and was owned by Holden Special Vehicles when it returned to Australia from England in the early 2000s.

It was on-sold to Dutton Garage just a week or so ago, though the 2011 Bathurst-winning Commodore VE II remains in the organisation’s inventory.

That car, raced by Garth Tander across three V8 Supercar seasons in 2010, 2011 and 2012, was one of the last ‘Project Blueprint’ era Commodore VE IIs produced by the HRT prior to its move to Car of the Future machines in 2013.

It won the 2011 Supercheap Auto Bathurst 1000 in the hands of Tander and Nick Percat.