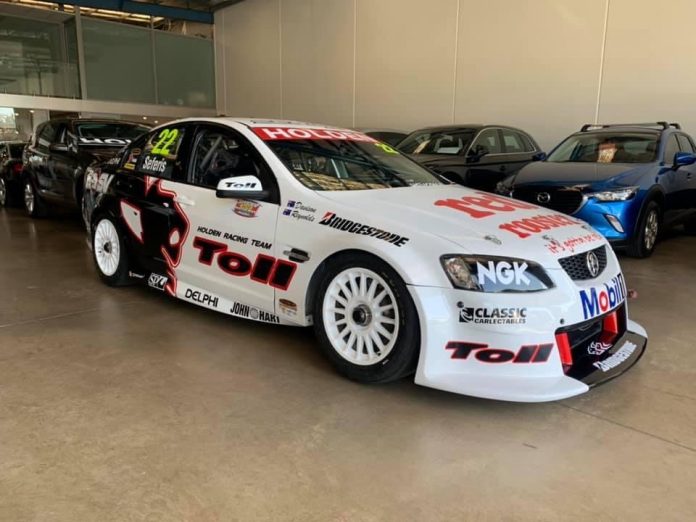 THE Holden Racing Team Commodore that challenged for victory in the closing stages of the 2010 Supercheap Auto Bathurst 1000 has been returned to its unique one-off retro livery.

The car, chassis WR 013, was driven by Will Davison and David Reynolds in the 2010 Great Race, the former crashing out with just laps to go at the top of the Mountain while chasing the eventual 1-2 finishing TeamVodafone Commodores.

Historic racer Milton Seferis purchased the car in 2017 and displayed the car, now returned to its 2010 retro Bathurst livery, on social media today.

Both HRT Commodores ran in retro 1990 liveries at Bathurst in 2010 to mark the 20th anniversary of the team’s first Bathurst 1000 win with Allan Grice and Win Percy.

The Davison/Reynolds car returned to Bathurst in 2011 in Bundaberg colours with Fabian Coulthard and Craig Baird driving and it also ran at Bathurst in 2012 in Supercheap Auto colours run by Walkinshaw Racing with Russell Ingall and Christian Klien.