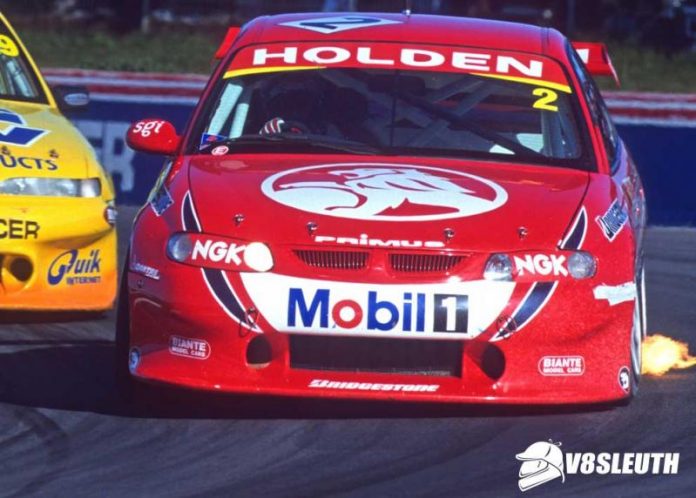 Such has been the sheer load of information and photos amassed for this never-before-published piece of Aussie racing history that we’ve expanded the page count from the initially-planned 300 pages to a book that will be closer to 400 pages in total!

Make sure you don’t miss out and pre-order this limited edition collector’s book now via the V8 Sleuth Online Store here – it’s limited to just 1000 copies with more than half already pre-sold!

The book’s author Aaron Noonan has been working extremely hard over the last few months and confirmed that the writing part of the project is now complete with page layouts in the final stages and only proofing and final image editing to come before the finished item is sent off to the printers.

“This has been one of the biggest projects I’ve undertaken in 20 years working in Australian motorsport and given the importance of the HRT history and the fact that this is the only time we’ll produce this book, I really want it to be the best it can be,” he says.

“At last count this is a publication with more than 100,000 words and such a wide range of photos covering 47 cars that have carried the Holden Racing Team banner between 1989 and 2016 – as well as a few ‘related’ cousin and brothers cars too.

“Expanding the page count obviously also means added costs in printing for us, however we want to deliver the best final product possible. Slashing chapters and printing photos smaller than we would like is not something that excites us – and we think the fans will agree they wouldn’t be excited by that either!

“The feedback from fans has been amazing and to see so many pre-orders rolling in since we opened them late last year is great. There’s so much passion involved in a project like this, from the work we’ve put in at V8 Sleuth to produce it and the passion of the fans that are hungry and keen to get their hands on a copy as soon as possible!”

V8 Sleuth expects the new book to be returned from the printer and available for customers in the second quarter of 2017 with June the likely dispatch date to customers that have pre-ordered.