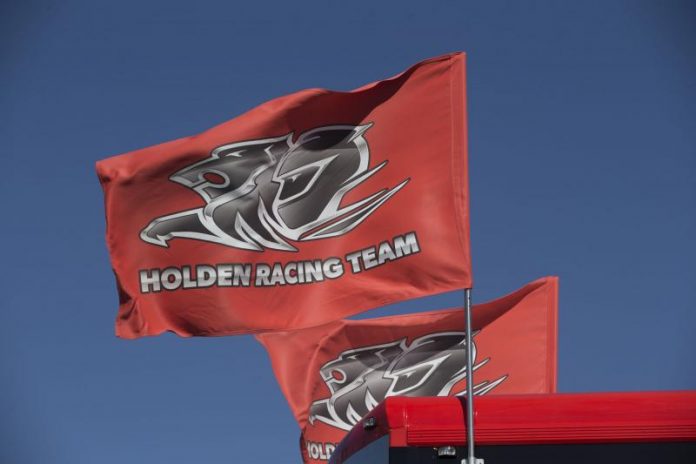 TODAY’S confirmation that Holden will move its Holden Racing Team banner across to Red Bull/Triple Eight for 2017 has caused all sorts of passionate response from Supercar racing fans.

Some of the comments from fans on social media shows that they haven’t perhaps quite understood how this whole deal will play out – so we’ve answered the most popular questions here to assist.

Emails about our new book on HRT car histories have gone nuts today, email us here to ensure you’re on the list to be alerted for when you can pre-order.

Are HRT and Red Bull merging?

No, HRT is a brand owned by Holden. It is being moved across to Triple Eight. The Walkinshaw Racing team that currently runs under the HRT banner will continue under the WR banner.

Think of HRT as a flag that is being flown by another flagpole that is changing in 2017, though the flagpoles of Walkinshaw Racing and Triple Eight remain as they were before, now with different flags.

No, he will continue in his TeamVortex branded car run by Triple Eight. The HRT branding will be on the cars of Jamie Whincup and Shane van Gisbergen – the Red Bull Holden Racing Team.

Yes – they have indicated today their intention to continue with a two-car team in 2017.

Who will drive for Walkinshaw Racing?

Up in the air – both current drivers are out of contract at the completion of this season.

Will HRT stats now become those of Triple Eight?

No, race wins, poles, podiums stats of HRT will remain under that label in the history books of the ATCC/V8SC/VASC. We will continue to keep Triple Eight’s stats separate in the future with a breakdown of HRT’s records (in the various eras of ownership – TWR, Skaife Sports etc) something to consider as a further breakdown if required.

Is this the first time the HRT brand has been run by another team?

Well, actually no. Larry Perkins’ team ran cars under the HRT banner at Sandown, Bathurst and Adelaide in 1989. Mark Skaife had an ownership stake of the team between 2003 and 2008, distinct from the TWR era prior to that and Walkinshaw Racing era after it.

Will there now be more cars on the grid?

No – Triple Eight will run three cars and WR will run two. Just as they do now.