Home News ICONIC TWR JAGUAR BACK ON THE MARKET 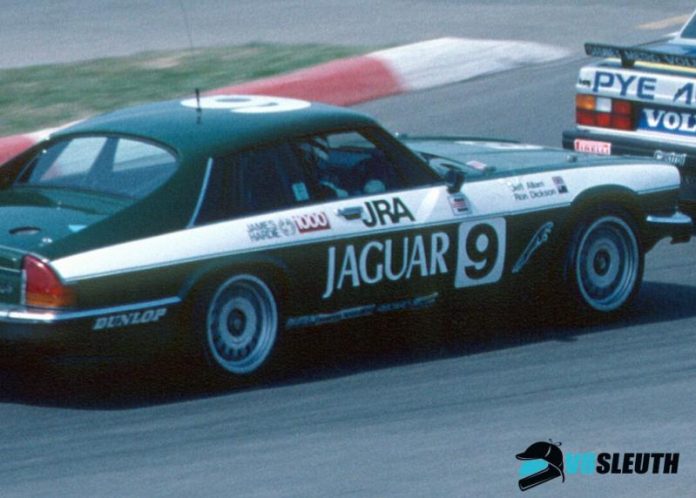 This well-travelled XJ-S has history at Bathurst, Wellington and Macau…

ONE of the three-car Jaguar XJ-S fleet that Tom Walkinshaw brought to the Bathurst 1000 is back on the market.

Chassis number five was the #9 car at Mount Panorama in 1985, crewed by Jeff Allam and Ron Dickson. The Englishman qualified the car on the front row alongside the #8 of team boss Walkinshaw and Win Percy.

While John Goss and Armin Hahne piloted the #10 XJ-S to a famous victory, flanked on the podium by third-placed Walkinshaw and Percy, the #9 car only lasted a handful of laps. A damaged headlight sent glass fragments into the engine bay, forcing it out of the race.

Along with its role in TWR’s Bathurst campaign, chassis five has an extensive racing history that saw it travel around the globe.

It’s understood to have been used by the TWR during the 1984 European Touring Car Championship and was the newest of the works XJ-S V12 race cars.

At the end of the year, chassis five went to Macau and was reportedly the machine Walkinshaw piloted to victory in the Guia Trophy touring car race, swapping its usual British Racing Green for John Player Special colours.

Chassis five was also one of the two machines used by TWR in the XJ-S’s Group A farewell tour.

The first stop was Fuji in Japan in late 1986 with Walkinshaw and Percy driving, the car taking pole position and leading before retiring after just a handful of laps.

Its final stop were the Nissan-Mobil 500 races in New Zealand in early 1987, the XJ-S receiving special dispensation to race despite its homologation running out at the end of the previous year.

Walkinshaw and Percy paired again at the Wellington race, while Percy drove with Hahne at Pukekohe – they finished second in the car’s final period competition appearance.

The car was put into storage before being restored by TWR in 1989 before forming part of a major Jaguar collection.

It was given a refresh in 2004 and re-entered competition in 2011, before it was given another sensitive restoration by JD Classics in 2015/16 and was brought up to current FIA race specification with the engine also given a complete overhaul.

The car was initially put up for sale last year, and is now being offered by Duncan Hamilton ROFGO.

Now offered in race-ready condition with extensive spares, the car is to be accompanied by a substantial history file, quite the piece of history given it was the last TWR Jaguar touring car to race in period.