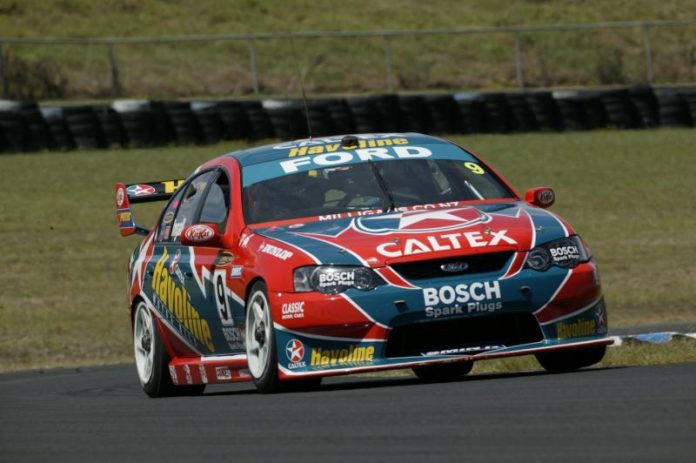 ONE of two cars involved in perhaps the most controversial on-track incident in V8 Supercars history has just been placed on the market for sale.

SBR BA01 – the 2003 Caltex Havoline SBR Falcon BA driven by Russell Ingall during his maiden season with the Stone Brothers team and involved in the infamous ‘Shriek at the Creek’ with Mark Skaife in 2003 – has just been placed for sale on the V8 Sleuth website.

The car featured in last weekend’s celebrations of the 500th round in Australian Touring Car/V8 Supercars Championship history at Phillip Island with both Ingall and Skaife staging a re-enactment photo in front of the restored Ford.

It was driven to a debut victory at Albert Park in 2003 by Ingall in his first season with Ford after moving across from Larry Perkins’ Castrol Holden squad.

The car has a long and storied history since 2003 and would make the ideal addition to any collection.

Click here to view the V8 Sleuth advertisement with a run down of price for this unique piece of V8 Supercar history.