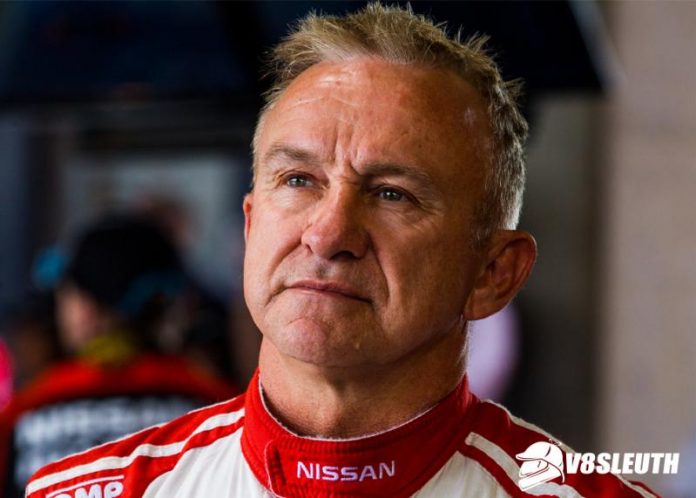 RUSSELL Ingall will be on the grid for this weekend’s TCR Australia Series round at The Bend Motorsport Park.

The two-time Bathurst 1000 winner and 2006 Supercars Champion will pilot the Melbourne Performance Centre Audi RS 3 TCR driven at the series’ previous rounds by Rik Breukers and Hamish Ribarits, the latter finishing third overall in the most recent TCR round at Phillip Island last month.

“I’ve spoken about TCR a lot, so it’s great to finally get to a chance to see exactly what all the hype is about,” Ingall said.

“Paul Morris and I have been discussing TCR for quite some time on our online show. ‘The Dude’ (Morris) was at the last round at Phillip Island, and he was very complimentary. He believed that it was more exciting live than on TV.

“His recommendation really gave me the drive to get into a car and see what it’s really about.”

Ingall will turn his first laps in the Audi, which will carry #100, at Mallala on Thursday ahead of opening practice at The Bend on Friday.

“I thought my first experience would be on the sidelines, but I’m throwing myself into the deep end a bit,” he said.

“I’ve never sat in one of the cars, and I’ve never raced at The Bend, but I guess its no different to other new categories our tracks that that I’ve been doing all through my career.

“For me, it’s a new track and I need to learn the car – you don’t get much more challenging circumstances, but sometimes having no pre conceived ideas that can be better.

“I haven’t raced competitively since the end of last year, but it’s funny how quickly you get back into race mode. I’ve been watching videos of TCR from here and overseas, and it is really some of the best racing. It’s phenomenal how good the racing looks and how close the competition is, so it’s great to be part of it.”

All three races across Saturday and Sunday can be seen live, free and in HD on SBS, or online via the live stream on the TCR Australia and Shannons Nationals websites.