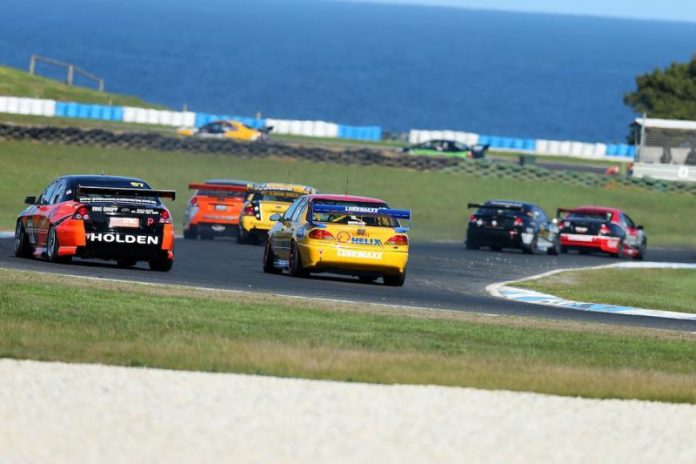 THIS weekend the V8 Sleuth is back at the race track – this time it’s Phillip Island for the penultimate round of the Kumho Tyres Australian V8 Touring Car Series.

The category is one that the Sleuth got involved with a year or so ago – it’s for ex-V8 Supercars no longer eligible in the Dunlop Series and is really starting to tick along.

In essence the V8 Sleuth is the media manager for the series, producing online and social media content, TV commentary and the like for the series which runs on the Shannons Nationals bill.

This weekend there are 15 cars entered, though fields for the season have regularly been around and over the 20 car number.

These weekends are far less hectic than a V8 Supercar event, but still very enjoyable and the love the owners have for their cars is fantastic too.

Many have put them back into their original liveries or at least the familiar base colours from ‘back in the day’ with their own sponsors and signage.

A few years ago no one in the V8 paddock really knew what V8 Touring Cars were, but now with cross-over into the Dunlop Series in terms of teams and some personnel, more and more people know about it.

The racing is entertaining with different levels of driver ability, car speed and the like, and you can watch it free and live on Sundays on the streaming coverage offered by the www.thenationals.com.au website.

SPEED air a one hour show after each round with the V8 Sleuth himself alongside Richard Craill in the commentary box – it’s well worth tuning in for a look.

The V8 Touring Cars website has a listing of histories of each car as well as videos of previous rounds you can view for free – it’s well worth checking out.