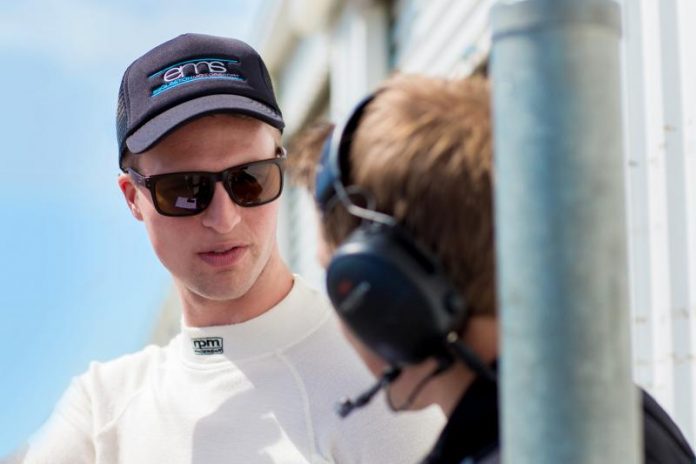 RISING young gun Garry Jacobson has signed to drive with Eggleston Motorsport in the 2014 Dunlop Series for V8 Supercars.

The 21-year-old Shepparton-based driver is the first driver signed by the Melbourne-based team for its three-car assault on the 2014 Dunlop Series.

Jacobson, who finished third in the 2012 Australian Formula Ford Championship, completed his rookie season in the Dunlop Series in 2013 with Sonic Motor Racing in a Triple Eight Race Engineering-built Falcon FG.

He also competed in the New Zealand V8 SuperTourer Series in a Commodore during 2013, building his experience in touring cars after graduating from Formula Ford.

After finishing a creditable 17th in the Dunlop Series in his debut year, Jacobson will step up with EMS in 2014.

He will drive the team’s #54 Triple Eight-built Commodore VE II, raced during 2013 by Jack Perkins and formerly campaigned by Tekno Autosports in the V8 Supercars Championship.

“Eggleston Motorsport is a team I have been taking interest in all year,” says Jacobson.

“I was thoroughly impressed by their results on the track, their presentation in the pit area and their professionalism off the track as well.

“They have a very strong alliance with Triple Eight which gives me full confidence going into 2014 knowing we will be getting the best level of technical support to be consistently at the pointy end of the field.

“I have also worked with the team’s engineer Dan Kroehn in several V8 SuperTourer rounds in New Zealand this year and together we were able to make significant progress with the car there so I am looking forward to carrying this strong form into next season.

“I can’t wait to hit the track in 2014 with three identical Triple Eight cars from the EMS stable, it’s going to be a big year!”

“Garry has shown he is supremely talented in open wheelers and we are confident that with the car, driver and team combination at EMS he will one to watch in 2014.

“We are excited about the prospect of seeing Garry evolve as a V8 Supercar driver and with his dedication and extremely positive attitude we see no reason why he can’t be a podium contender in 2014.

“Not only is Garry a skilled steerer, he is a fantastic guy, hard working, and a real team player; a perfect fit for Eggleston Motorsport.”

Perkins won the Queensland Raceway round for the team and a total of three races d uring the course of the season.

The team will make further announcements relating to driver and engineering appointments in the near future.