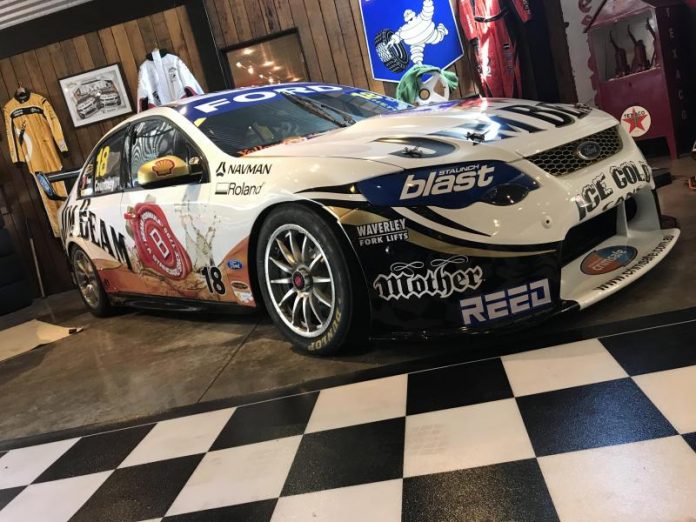 THE car that gave Dick Johnson Racing its last Supercars Championship title is now on the market via V8 Sleuth.

Driven to the 2010 championship by James Courtney in a nail-biting final round at Sydney Olympic Park, the #18 Jim Beam Racing Ford Falcon FG has been placed up for sale from a private collector who has entrusted V8 Sleuth with its sale.

Check out this video here to see more of the car.

Read all about the history of this car and over 150 more Falcon Supercars here in our ‘The Falcon Files’ publication.

One of seven FG Falcon chassis built by Triple Eight, it’s the last Falcon FG ‘Project Blueprint’ era car to win the championship before the arrival of the Car of the Future generation of vehicles.

A wide range of supporting documentation will be included with the car, including setup sheets and data sheets from its 2010 championship-winning season, original sales invoices and associated records.

View the advertisement on our Classifieds Powered By Tickford page here.