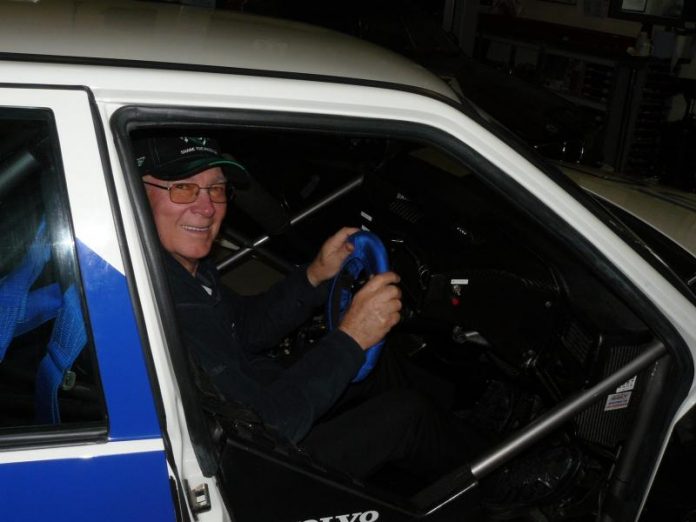 MOTORSPORT legend Jim Richards was a huge hit at last weekend’s Silverstone Classic event in England at the wheel of one of his former JPS Team BMW 635 racecars – but he also found some time to be reunited with one of his former Volvo Super Touring 850s, a car that is packed with impressive racing history.

With a visit made possible by the JPS BMW’s Kiwi owner Peter Sturgeon and his countryman Lindsay O’Donnell, Richards had the chance to be re-acquainted with the 850 Sedan he first drove when he joined the Australian Volvo Super Touring squad.

Originally driven by Rickard Rydell in the 1995 British Touring Car Championship, the Volvo was sent to Australia in 1996 and raced by none other than Peter Brock.

Richards filled in for his former Bathurst-winning partner at Bathurst that year when Brock was focused on his program with the Holden Racing Team in the main V8 1000-kilometre race.

Richards proved to be the perfect fill-in too, guiding the Volvo to victory through the rain that affected the Sunday morning Super Touring sprint race.

He took over from Brock in ’97 and drove this car during the Australian Super Touring Car Championship and it was driven by Cameron McLean and Jan ‘Flash’ Nilsson in the AMP Bathurst 1000 as part of a two-car Volvo 850 squad.

The car later returned to Sweden and now is owned by four-year-old (yes, four-year-old!)Brit Amélie Westbrook whose father Jonny has been a focal figure in the resurgence of Super Touring cars competing in the UK in recent years.

And yes, she’s only four years old – that’s her in the photo with the great Jim Richards. How cool – what a great story to tell at ‘show and tell’ this week!