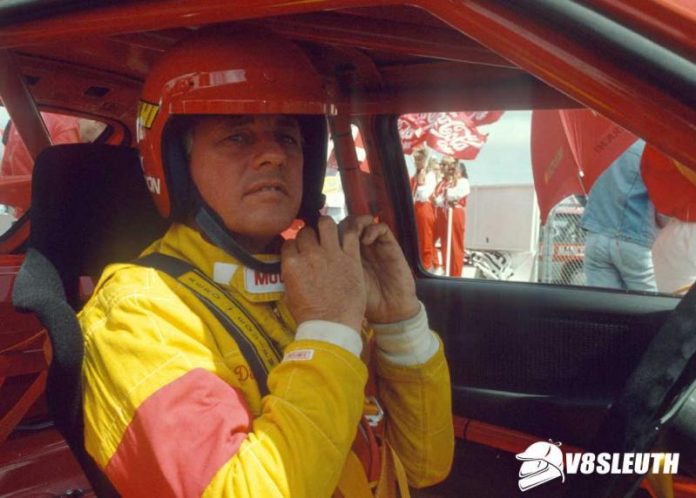 DICK Johnson and the Stone Brothers will headline a motorsport festival celebrating heroes of the Bathurst 1000 in New Zealand early next year.

The 2019 edition of Hampton Downs’ Legends of Bathurst event on January 12-13 will feature the Ford icons, who united to win the 1994 Tooheys 1000 when Ross and Jimmy Stone formed a key part of Dick Johnson Racing.

The brothers would eventually strike out on their own and win Bathurst again in 1998 with Jason Bright and Steven Richards through their own Stone Brothers Racing squad, going on to earn a hat-trick of Supercars Championship titles between 2003 and 2005.

“Some friends of mine, including Jim Richards, came over to Hampton Downs for the first Legends of Bathurst event earlier this year and they talked about what a good event it was,” Ross Stone said.

“People around the world have an interest in Bathurst because it’s such a great track and has produced so many classic races over the years. It’s a great excuse to get home to New Zealand and catch up with all my old friends from the sport before I moved across to Australia.

“I first went to Bathurst in the early 1970’s. I was an apprentice mechanic and I didn’t have a lot of money but the guy I was working for shouted me a trip.

“Jim and Rod Coppins finished third that year and I remember promising myself I’d get back there someday because there was something magical about the place.

“To go back and win the race as team manager for Dick Johnson in 1994 and win it with our own team in 1998 was very, very special.”

John Bowe – co-winner of Bathurst in 1994 with Johnson and the Stone Brothers – will also be on hand, while a recently-restored Ford Sierra Cosworth RS500 wearing the livery of their 1989 Bathurst-winning car will be racing in the Historic Touring Cars category at the event.

Jim and Steven Richards will also be on hand, Jim set to pilot the Peter Sturgeon-owned BMW 635CSi that he raced in John Player Special colours in the latter days of the Group C era, while Paul Radisich will also compete in the Historic Touring Cars class aboard his Ford Mondeo Super Tourer.

Along with the Historic Touring Cars, the Enzed Central Muscle Cars leads a host of support categories that includes a Bathurst all-comers class, Formula Ford, Formula Libre, and Pre 65s.