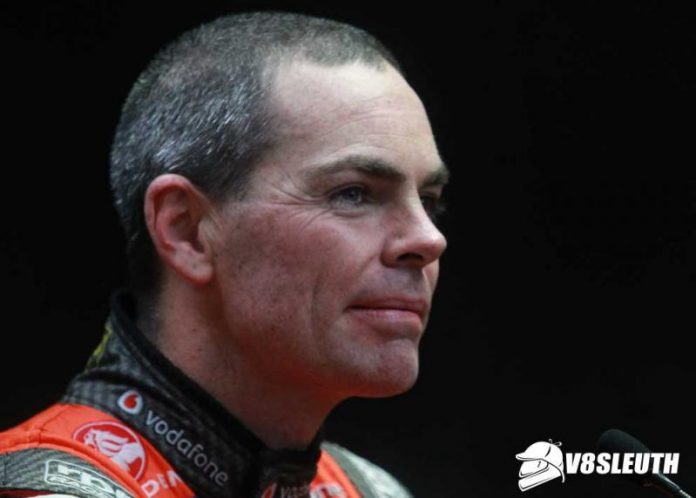 THIS weekend’s ITM Auckland SuperSprint is Craig Lowndes’ last chance to fill a gap in his otherwise decorated Supercars CV.

The popular veteran will notch his 50th championship race start on New Zealand soil at Pukekohe in Saturday’s Race 28 of the 2018 season.

However, he is winless in all 49 of his previous races across the Tasman.

With Lowndes’ full-time retirement meaning he will only race the Bathurst, Gold Coast and Sandown enduros next year, this weekend’s pair of 70-lap races are his final opportunities to score a maiden New Zealand win.

Lowndes’ best race results at Pukekohe are a pair of second placings in 2006 and 2015.

Another second placing in the wet Saturday race at Hamilton in 2011 represents his closest margin to the race winner, crossing the line 1.3 seconds shy of victor Rick Kelly.

While he is winless in New Zealand races, Lowndes does have a pole position to his credit. He claimed pole in the Top 10 Shootout at Pukekohe in 2005, the first pole position for Triple Eight Race Engineering as a team.

Amid his 0/49 record, Lowndes has come mighty close to breaking his duck over the years. Here are his three nearest misses in the land of the long white cloud.

Starting from Triple Eight’s first pole, it all went wrong in the opening corners. Lowndes charged into the Turn 2-3 chicane side-by-side with fellow front row-starter Marcos Ambrose. Neither gave an inch, resulting in the #888 Ford spinning into the infield. Lowndes recovered to 14th at the finish.

A mid-race downpour triggered chaos in the pit lane as drivers skated past their marks on the slippery surface. Lowndes kept his nose clean and was on the charge in the closing laps, moving past Todd Kelly for second before closing in on his younger brother Rick, falling just over a second short at the flag.

Finally Lowndes looked like he was set to get that Kiwi monkey off his back. He blasted past polesitter David Reynolds to lead through Turn 1 and remained comfortably ahead for the first 11 of the race’s 21 laps, on course to nab 75 crucial points in his pursuit of championship leader Mark Winterbottom. Then his tyre exploded as he crossed the line to start the 12th lap…