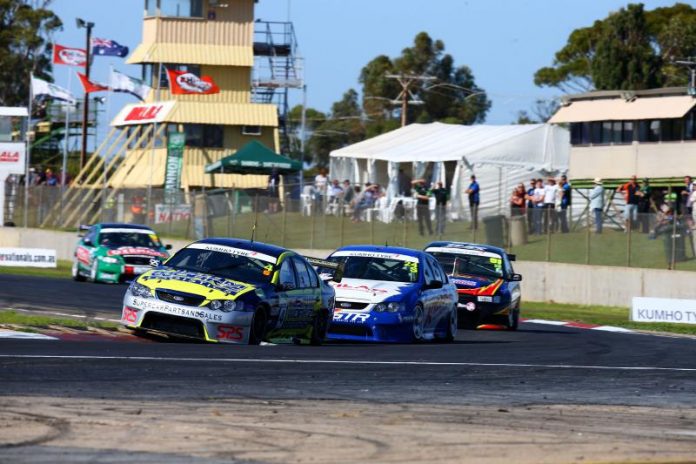 Shannons Nationals category to consolidate with five rounds next season

The most notable change is the category slimming back its schedule from six rounds to five.

The Kumho Series, which began in 2008, will again form an integral part of the Shannons Australian Motor Racing Nationals and will feature at five of its nine rounds in 2015.

After being absent from this year’s Kumho Series, Sandown International Motor Raceway in Melbourne will host the opening round next year on March 27-29 before visits to Winton, Queensland Raceway, Phillip Island and Sydney Motorsport Park.

There will not be a round at Mallala Motorsport Park in South Australia for the first time in the category’s history. Wakefield Park, which will host the next round of this year’s series next month, is also absent from next year’s calendar.

The Sandown round will be held on the same weekend as the V8 Supercar Championship event at Symmons Plains in Tasmania. It is the only instance where there will be a clash between a Kumho Series round and a V8 Supercar fixture.

“In some instances we have had dates locked in with circuits for six months and it has been a challenge to avoid significant clashes,” says category manager Rob Curkpatrick.

“We have worked hard to make sure that any conflicts with other events will not adversely affect categories, volunteer officials or the promoters’ local market.

“There is a great willingness from everyone involved to continue to build our individual events and date equity is key to that.

“It’s no secret is has been a tough year for the Kumho Series with low car counts, but we’re working hard to ensure next season sees more cars on the grid.”

For more on the category: www.v8touringcars.com.au