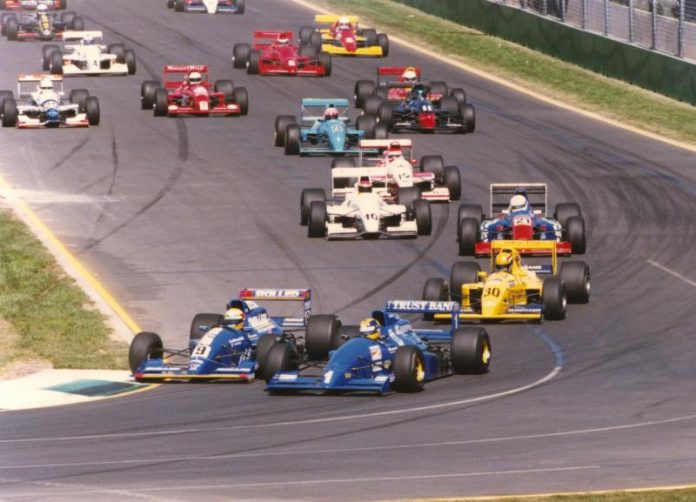 SUCCESSFUL recent testing of the prototype Formula Thunder 5000 race car has been followed by breaking news of the return of a formidable open wheeler team to the fray after a 15-year break.

Adelaide’s Malcolm Ramsay has confirmed his support for the fledgling formula by joining the first group of people to pre-order a car.

Ramsay was head of the dominant Birrana team, which won no less than seven Australian Drivers Championships during the Formula Holden era, from 1994 to 2001.

Of late, he has run a Carrera Cup car under thenewly-named Phenix Motorsport.

“At last, an openwheeler with real muscle, which will provide drivers with a real challenge – if you can put one of these on pole, you will have earned it.

“I can’t wait to be part of it – it has certainly provided the impetus to reignite our interest.

“It’s a credit to Chris Lambden to have come up with the concept and turned it into reality. Now we just need other serious teams and drivers to join us, for what I believe will be a terrific formula and series.”

The FT5000 car recently completed a full 65-lap test day at Phillip Island, without a single mechanical issue, dipping in to the m:24s with driver Tim Macrow at the wheel.

“That was a super day for the team,” says Lambden.

“Both the pace and reliability of the car are meeting our expectations, as well as the sight and sound …

“Yes, as Malcolm says, our job now is to grow the list of confirmed participants as soon as we can, to the point where we can commence a car build.

Having someone of his openwheeler pedigree so enthused andsupportive is just great – what better endorsement could you have?”

The FT5000 prototype car will be on display this Saturday at the Geelong Sprint Festival in the Shannons display area and turning demonstration laps on Sunday at the Phillip Island ‘Island Magic’ meeting.