Home News LONGHURST TO BE REUNITED WITH HIS LAST SIERRA 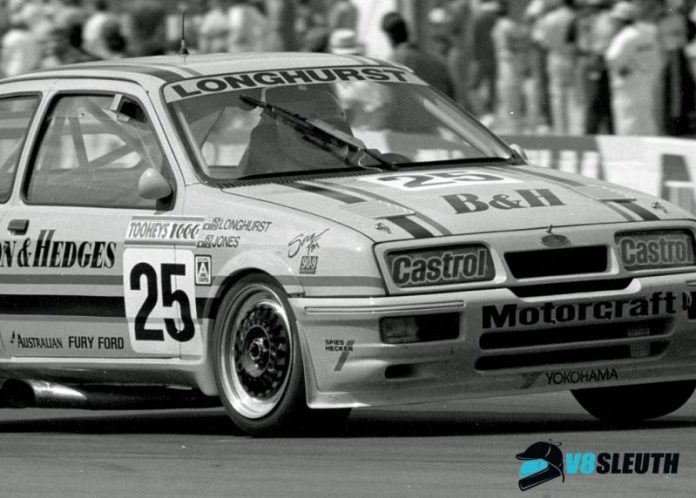 Bathurst champion to get back into turbo Ford in June …

TWO-TIME Bathurst 1000 winner Tony Longhurst is returning to the wheel of the last Benson & Hedges Ford Sierra RS500 Group A car he raced back in 1990.

The Gold Coaster – who last competed at Bathurst in the 12 Hour in February in a Castrol and Vodafone-backed BMW M6 alongside Mark Skaife, Russell Ingall and German Timo Glock – has agreed to join Historic racer Carey McMahon for the ProAm Heritage Touring Cars event at the Sydney Classic Speed Festival on the June Queen’s Birthday weekend.

Some big names of the era and some current Supercars stars are potentially also going to be involved, with further details expected in upcoming weeks.

Longhurst and McMahon will drive the last B & H Sierra built by Longhurst’s old team, which made its racing debut in August 1990 at Amaroo Park in the AMSCAR Series and was acquired by McMahon in recent years from the Bowden Collection.

The car was driven by Longhurst and Alan Jones in the 1990 Tooheys 1000 at Bathurst and set a blistering 2m13s lap in provisional qualifying but was sidelined with engine problems after 53 of the 161 laps in the race.

For the full history of this car, subscribers click here to read more.