Home News LOWNDES AND VAN GISBERGEN TEAM UP FOR BATHURST 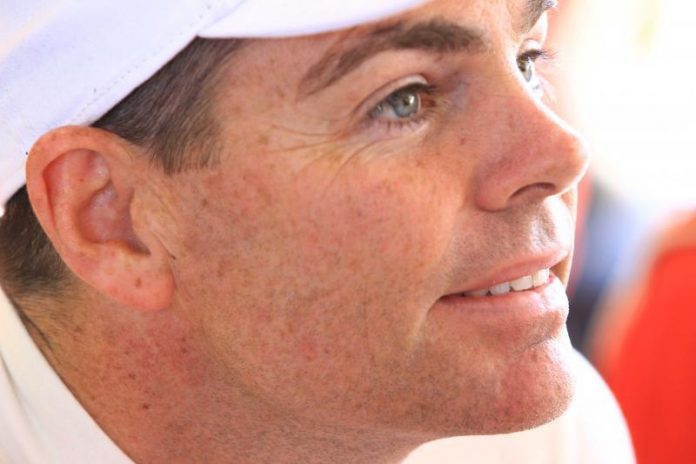 The duo will drive a YNA Autosport McLaren 650S GT3 in the GT classic alongside French factory driver Côme Ledogar.

The car is a McLaren GT-supported entry with the race to be the first time that Lowndes and van Gisbergen have shared a car together.

Lowndes is a two-time winner of the 12 Hour, winning in both of his last two attempts in 2014 and 2016 with the Maranello Motorsport Ferrari squad (he didn’t compete in 2015 due to the clashing Sydney Supercars test day).

“The Bathurst 12 Hour is one of my absolute favourite events, so I am delighted to have the chance to defend my win in 2017 but in a McLaren for the first time,” said Lowndes.

“McLaren is an iconic name in motor racing and the 650S is a serious bit of kit, so I am really excited about the opportunity to race it at Bathurst with Shane and Côme. I can’t wait.”

It’s a return to McLaren for van Gisbergen, who won the 2016 Bathurst 12 Hour in a McLaren with TEKNO Autosports from pole position alongside Jonathon Webb and Alvaro Parente.

The 2016 Supercars Champion also won the Blancpain GT Endurance Series in 2016 in a McLaren with Ledogar, who finished fifth in last year’s 12 Hour alongside Parente and Rob Bell.

“I’m excited to be back in a McLaren for the Bathurst 12 Hours,” added van Gisbergen.

“It’s good to team up with Côme again, I drove with him in 2016 when we won the Blancpain Endurance Series in a McLaren 650S GT3, and driving with Craig to help him defend his 2017 title.

“I think we’ve got a strong driver line up, a strong team and a strong car, so I’m looking forward to the event.”

Lowndes and van Gisbergen will square off against their Triple Eight stablemate Jamie Whincup at the 12 Hour – the reigning Supercars Champion was confirmed this week as driving a Scott Taylor Motorsport-run Mercedes-Benz AMG in the Bathurst GT event with American-based AussieKenny Habul and Frenchman Tristan Vautier.

Lowndes and Whincup teamed with Toni Vilander to win last year’s Bathurst 12 Hour for the Maranello Ferrari team, however that squad will not be on the grid for the 2018 race.

The 2018 Liqui-Moly Bathurst 12 Hour will be shown live on 7mate on Sunday February 4 with the Top 10 Shootout shown on Saturday February 3.