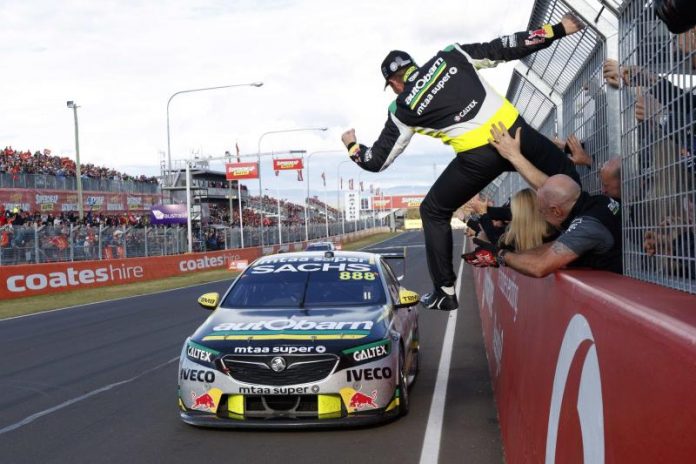 The car that gave Craig Lowndes his seventh Bathurst 1000 win and Steve Richards has fifth has been snapped up by a collector – in fact the same one that also owns their 2015 Bathurst-winning Red Bull Commodore VF.

“I was at the track (Bathurst) camping this year, just having a beer and enjoying the event,” Taylor told Supercars.com today.

“Fifteen minutes before the end of the race I sent a text to Roland [Dane] that said ‘if he wins, I’ll buy it’.

“I just like the Lowndes and Richards combination and the cars that come out of Triple Eight. It’s another one to put in the STM shed.

“I don’t buy them for investments, I buy them because I’m passionate about particular motor cars.

“It’s not an investment per se, but I don’t think they’re getting any cheaper, especially with the end of an era for Lowndes.”

The car is chassis 888A-049 and has been Lowndes’ all season this year, his final as a full-time Supercars Championship driver. It was reliveried in National Storage colours for the Pukekohe round but has otherwise been an Autobarn car.