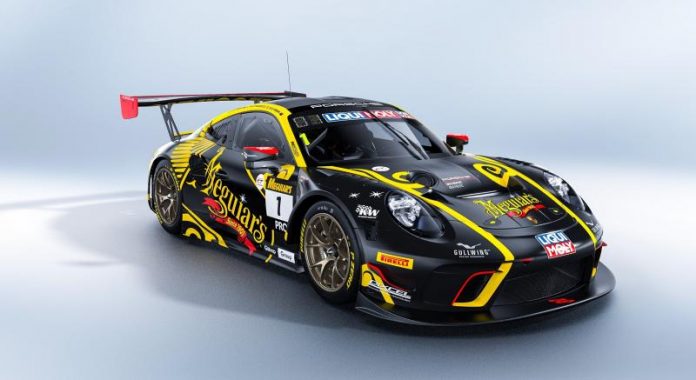 Craig to go up against Triple Eight on the Mountain!

TWO-TIME Bathurst 12 Hour winner Craig Lowndes has locked in a seat for this year’s GT classic – but it’s not with Triple Eight Race Engineering.

Given Triple Eight has entered both a Pro and Pro-Am Mercedes-Benz AMG GT3 in the Mount Panorama classic it was naturally assumed by most that Lowndes would be among the driver line-up.

However today’s big news is that Lowndes will team with Earl Bamber and Laurens Vanthoor in an Earl Bamber Motorsport-run Porsche 911 GT3 R with backing from Meguiar’s.

In doing so, it will see Lowndes go up against Triple Eight at Bathurst for the first time since 2004 when he drove for Ford Performance Racing.

“I’m really excited to be joining the Porsche family for the Bathurst 12 Hour, teaming up with factory drivers Earl and Laurens,” sayd Lowndes.

“Earl Bamber Motorsport is the reigning race- winning team so it’s exciting to help them defend their title. Earl and I have been team-mates in the past and get on extremely well, so with a Belgian in the mix, it should also be a bit of fun too. It’s my first time racing in a Porsche and the new evolution 911 GT3 R looks like a weapon, I can’t wait.”

Bamber’s team won the 12 Hour last year with Matt Campbell spear-heading victory and Bamber cheering on from pit lane, though this time around he will be back behind the wheel of the #1 Porsche.

The Bathurst 12 Hour will be held on January 31-February 2 and televised on both FOX Sports and the Seven Network.