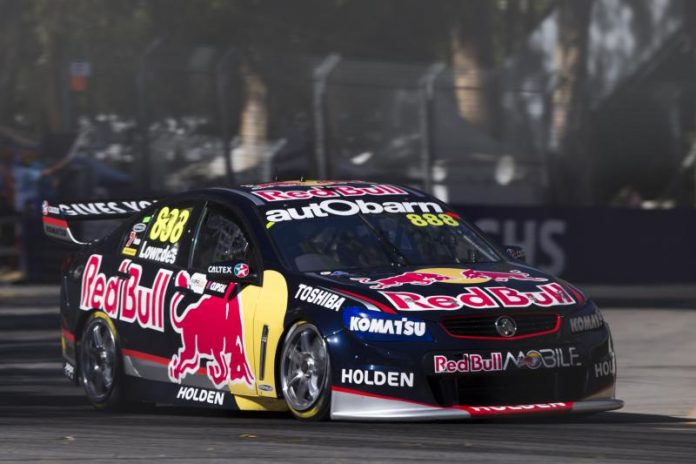 V8 SUPERCAR fan favourite Craig Lowndes will revert to a record-breaking Commodore for this year’s opening portion of the V8 Supercars Championship.

The Commodore VF he debuted at last year’s Sandown 500 is being returned to pristine condition after two big hits late last year at Bathurst and Sydney Olympic Park.

That means Lowndes will return to the chassis he drove in 2013, the very car in which he broke Mark Skaife’s record of most race wins in Australian Touring Car Championship/V8 Supercars Championship history at Barbagallo in Western Australia.

It’s also the same car that won the very first Car of the Future era V8 Supercar race at the 2013 Clipsal 500 in Lowndes’ hands and also took that year’s Pirtek Enduro Cup with Lowndes and Warren Luff driving.

“Apart from for superstitious reasons, because he didn’t have much success once changing chassis, though we don’t believe in ghosts, it did get bashed around a little bit at Homebush and Bathurst, so that car is currently being put back to pristine condition.

“The car that he was racing since the beginning of 2013, there wasn’t ever anything wrong with it, so we’re pulling that one out because it’s in A1 condition ready to go, so we can spend more time giving it a really good birthday.

“We’ve decided to go down that route and Craig’s more than happy with it because he has had success in that previous chassis.”

Reigning V8 Supercar Champion Jamie Whincup will again drive the same car he piloted to victory in both the 2013 and 2014 championships.