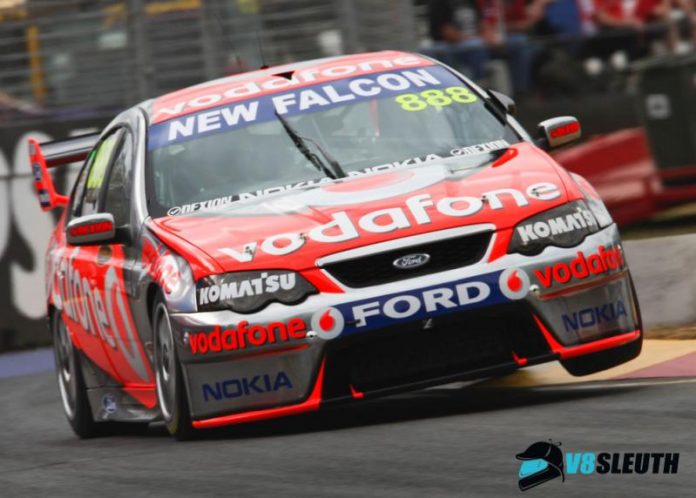 CRAIG Lowndes’ 2008 TeamVodafone Falcon is making a return to the track next weekend at Queensland Raceway and is now owned by one of the partners in one of Triple Eight’s long-time rivals, Prodrive Racing Australia!

Rusty French acquired the car earlier this year from the Kostecki family in Perth and has entered the car for next weekend’s Kumho V8 Touring Car Series round at Queensland Raceway with young gun Thomas Randle to drive.

The car will appear in French’s familiar black and gold Skye Sands livery and has been entered as theolder model BA Falcon, rather than theBF spec it was raced by Lowndes in 2008.

The car later saw service in the Dunlop Super2 Series in the hands of Sonic Motor Racing with James Moffat and Tim Blanchard and most recently ran in the Kumho Series with Jake Kostecki at the helm.

Randle is among a field of 17 cars entered for next weekend’s round of the series.