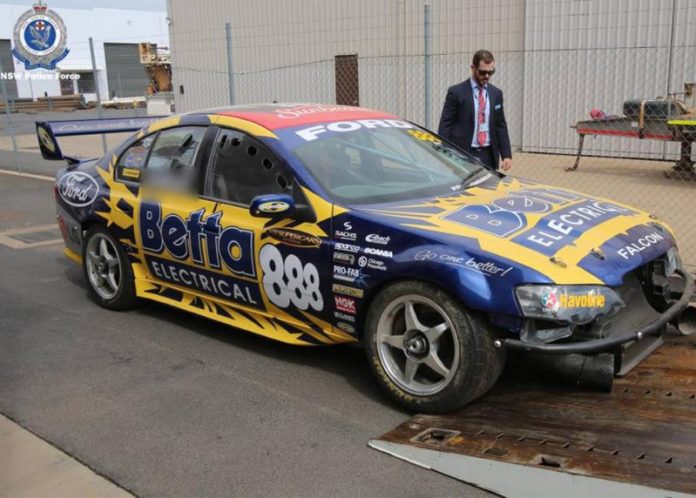 THE Dubbo man arrested as part of a police drug operation that saw a V8 Supercar seized has pleaded guilty to charges relating to commercial drug supply.

Adam Daniel Carnevale appeared in Dubbo District Court last Thursday, where he pleaded guilty to one count of supplying 56.5 kilograms of cannabis leaf, and one count of dealing with proceeds of crime worth $416,500.

Carnevale was one of eight people arrested in March 2019 after simultaneous raids across the Hunter Valley, Newcastle and Dubbo regions as part of Strike Force Bato.

The raid was the culmination of an eight month police operation, with officers seizing a Ford Falcon V8 Supercar, seven motorbikes, a Holden Monaro HT GTS and $140,000 in cash.

WHICH CAR: The race history of the V8 Supercar seized by NSW Police

“I’ve learnt my lesson, I’ve absolutely done the wrong thing and I take full responsibility for it, it was the biggest mistake of my life,” Carnevale said in court, per the Daily Telegraph.

Carnevale will next appear in court on October 2 for sentencing.