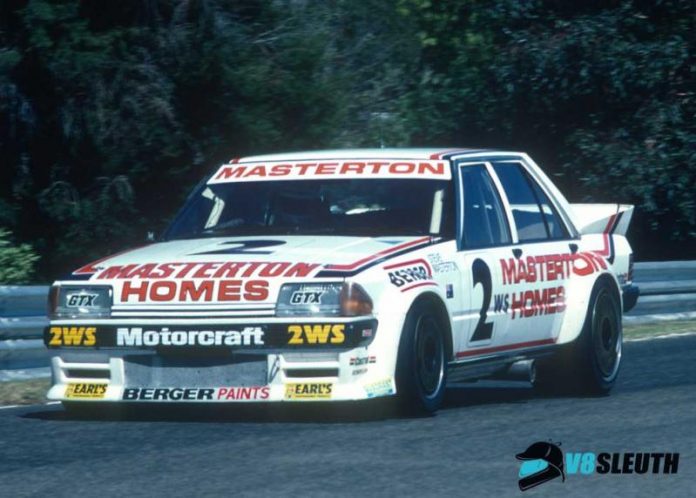 JET SKI ace James Masterton is set to swap the water for tar when he takes on the Kumho Tyre Australian V8 Touring Car Series next year.

The 36-year-old from Sydney is a jet ski ace with multiple world and national title victories and had his first taste of a Supercar as part of a Super2 Evaluation Day alongside Abbie Eaton at Queensland Raceway last December in a Matt Stone Racing Falcon.

Masterton says he and his father are looking forward to some ‘dad and son bonding time’ with his 2020 racing program.

“I retired from professional jet ski racing last year and I said to Dad I really wanted to race a V8,” he told V8 Sleuth today.

“I don’t know how far I’ll take it or be able to go but I wanted to do it so we can go out and spend some time together.

“We were at Wakefield Park yesterday (Wednesday) belting laps out and getting comfortable in the car. I’m pumped!”

The car Masterton has purchased is ‘KULWICKI’, a Paul Morris Motorsports-built Commodore VE briefly raced in this year’s Kumho Series by Kyle Ensbey, below.

It was originally driven by Russell Ingall as a Supercheap Auto car in 2009 with PMM and later driven by Paul Morris in the Super2 Series.

The car has spent time at Wall Racing in Sydney in recent weeks for a once-over with the Masterton family set to run it themselves next year.

“This car came up and a friend messaged me about it,” says Masterton.

“We didn’t really want to own and car and everything that came with it but I said to Dad we’d go and look at it and away we’ve gone. It’s all happened really quickly in the space of three weeks.

“I gave David Wall a call and his guys checked it over and gave it a bit of a birthday for me before I took it out.

“Dad was driving back from the track yesterday in the truck and he’s all excited. He was getting itchy feet, now he wants to have a steer at some stage. It’s going to be great, we can go away travelling together and have some father/son time.”

Masterton’s father Steve was a prominent touring car driver in the 1980s, claiming victory in the Amaroo Park Better Brakes Series in a Capri in 1981 and then the Better Brakes AMSCAR Series at the same track in 1984.

He made 11 Bathurst 1000 starts with a best finish of seventh in 1982 in a Falcon with Bruce Stewart, swapping his distinctive XE Falcon Group C car for a Commodore when Group A was introduced in 1985.

Making his Bathurst 1000 debut in 1978 in a Capri with Phil Lucas with a class victory, Masterton made his last ‘Great Race’ appearance in a two-litre Sierra with Peter Hills in 1993.