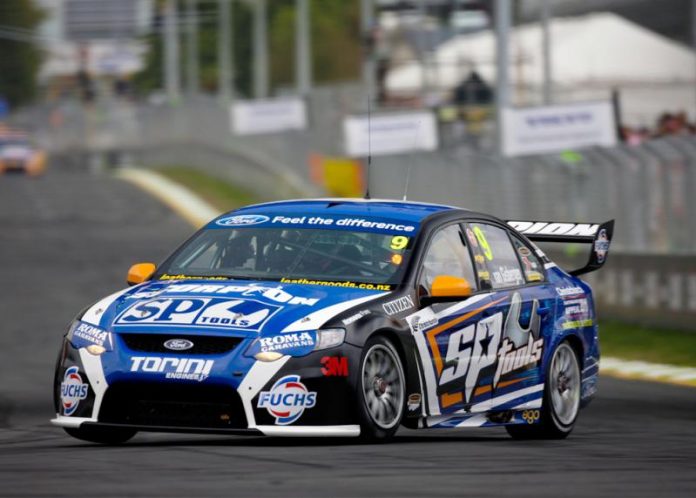 THE Kumho Tyre V8 Touring Car Series field will feature a range of young debutantes this weekend at Queensland Raceway including the addition of young Toowoomba-based racer Maxim Erickson.

Erickson steps into the series after competing in a variety of Queensland state-based competition and, more recently, appearances in selected rounds of the now defunct V8 Utes Series.

The Queenslander scored a best Utes result of fifth in race three of the 2017 Surfers Paradise round on his way to 10th in the championship standings.

Previous to his Ute racing exploits the youngster enjoyed success in Hyundai Excel racing and karting after starting in the sport in 2006.

The Falcon was originally debuted by Kiwi Shane van Gisbergen in 2009 and was the same car he took to his breakthrough first Supercars victory on home soil at Hamilton in 2011.

It was also the car that infamously crashed into the medical car at the Sydney Olympic Park event in 2012 during the Kiwi’s final outing with the team!

Read about the history of this car – and every other Falcon Supercar – here in our ‘The Falcon Files’ magazine documenting the lives of these cars.

Wyhoon’s team will be busy in the lead up to the Queensland event after announcing they will field another Falcon for fellow Kumho series debutant Harley Haber.

Click here to read our story on Haber joining the Kumho field.

The Kumho Tyre V8 Touring Car Series will return for the penultimate round of the series at Queensland Raceway alongside the Virgin Australia Supercars Championship this weekend from July 20-22.