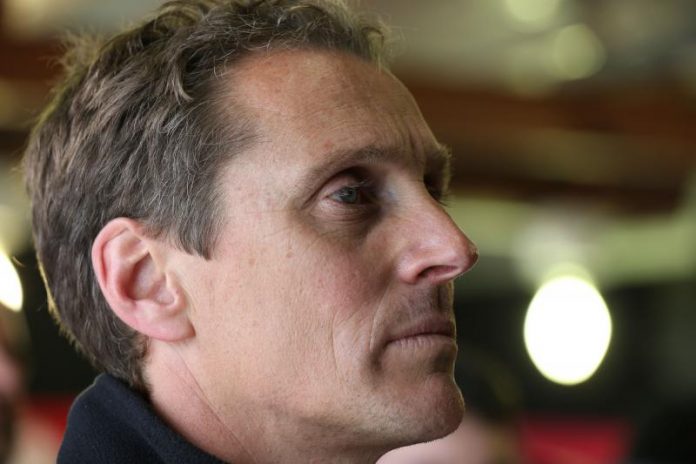 FORMER full-time V8 Supercar Championship regular Cameron McConville will return to the wheel of a V8 Commodore in this weekend’s fourth round of the Kumho Tyres Australian V8 Touring Car Series at Phillip Island.

McConville, 40, last competed in a V8 Supercar at Bathurst in 2012 and has since become Porsche Cars Australia Motorsport Manager.

The five-time Bathurst 1000 podium finisher will drive an ex-Holden Racing Team Commodore for Eggleston Motorsport this weekend as teammate to rookie Justin Ruggier.

“EMS wanted someone in the car for its debut who had experience in a V8 and in particular with a HRT/Walkinshaw-built car and I happen to be down there with the Porsche GT3 Cup Challenge, so it made sense for us to team up for the round,” says McConville.

“My focus is very much on making sure the GT3 Challenge runs smoothly for their final round, though it will be nice to just jump in and have a drive and give the car a run and re-acquaint myself with a V8.

“I’m looking forward to dusting the cobwebs off the race suit. I actually couldn’t remember where it was since I last used it – I had to go digging in the cupboard to find it!

“It will be good to drive a V8 Supercar again, albeit an older model. I’ve got plenty of experience with that era of HRT/Walkinshaw-built cars and I actually did a test day some years ago in the car I’m racing this weekend, so it’s not completely foreign.”

McConville is a familiar face to Eggleston Motorsport as he has competed for the team in the Dunlop Series for V8 Supercars previously.

He’s also familiar with the Kumho Series given he has previously acted as Driving Standards Observer for the category for ex-V8 Supercars.

The car he will drive has plenty of history. It gave the Holden Racing Team its 50th round win in Shanghai, China in 2005 and later that season was used by James Courtney for his V8 debut.

It was raced by Garth Tander in 2006 for the Toll HSV Dealer Team before being used by Marcus Zukanovic in the Dunlop Series and appeared in the Kumho Series at Sandown in late 2012 prior to being purchased by EMS at the end of last year.

The Kumho Tyres Australian V8 Touring Car Series cars will have private practice at Phillip Island on Friday with official practice, qualifying and Race 1 on Saturday and Races 2 and 3 on Sunday.