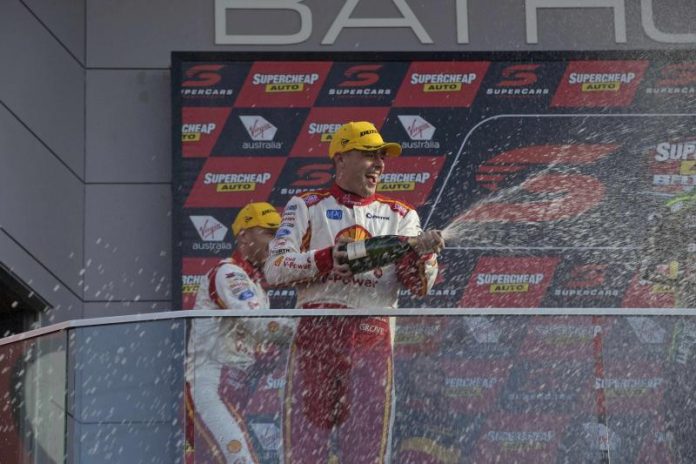 SHELL V-Power Racing Team star Scott McLaughlin is to get his first taste of a Penske NASCAR – but, surprisingly, it will be on Australian soil.

The 2017 Supercars Championship runner-up will slip behind the wheel of an ex-Joey Logano Penske NASCAR Ford at this weekend’s Vodafone Gold Coast 600 to turn demonstration laps and get his first taste of one of the American stock cars.

The car has been on display in the DJR Team Penske Museum at the operation’s Queensland workshop as part of a rotation of museum cars from the United States since late last year.

The car McLaughlin will drive is the same one that Logano drove to victory in the 2016 NASCAR All-Star Race at Charlotte Motor Speedway, scoring a cool US$1 million prize.

McLaughlin has previously made public his interest in exploring racing in the United States and visited last year’s Watkins Glen NASCAR round as a guest of Team Penske.

“If there was ever an opportunity, and I didn’t have my goals ticked, I would still definitely go, you can’t knock it back, and for me as a young bloke you need to take those opportunities,” McLaughlin said in 2015 prior to joining DJR Team Penske of the opportunity to go NASCAR racing in The Mercury newspaper.