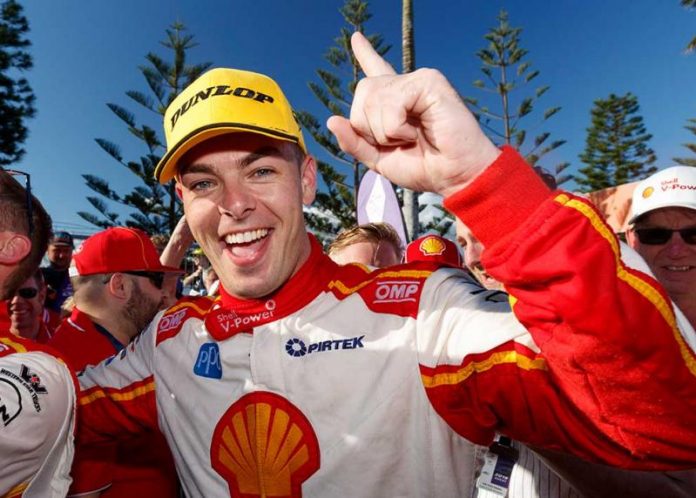 McLaughlin withstood the pressure of returning to the scene of his heartbreaking 2017 title defeat to secure the 2018 crown on Sunday at the Coates Hire Newcastle 500.

The DJR Team Penske driver revealed after the race on Supercars Trackside that he worked with Emma Murray – the high-performance mindfulness coach who has worked with the Tigers for the past four seasons – during 2018 as part of his efforts to claim the championship, talking to her several times during the title-deciding weekend.

“I became close with Jack Riewoldt from Richmond a couple of years ago, and we’ve always kept in contact,” he explained to the latest edition of the FOX Motorsport Supercars Podcast.

“After Newcastle (last year) he said ‘look, I think it’d be really good if you had a chat to Emma about a few things.’

“I kept it to myself all year, I didn’t really tell anyone about it. My family knew, not really anyone even from the team. I don’t thinkRyan (Story, DJR Team Penske managing director) knew until I told him later on in the year. I didn’t want anybody to think I was losing my mind.

“I felt like it was just a nice little thing where I could have a chat to her about a few things, and work out how to keep my focus because I do struggle sometimes. Like in the last few laps when I’m leading a race I do tend to drift off. I’ve found that is a bit of an issue in my career, and I felt like I had to sort of tune it up.”

McLaughlin cited a key mistake he made at last year’s season finale and the mantra that helped him avoid repeating it this time around.

“In some ways I looked towards the main result,” he said.

“I think we spoke about it a little bit, me and Emma and even Jack spoke to me about it – when you climb (Mount) Everest, everyone who fails is looking at the top, not looking at their feet. They miss a step and fall back down.

“The people that make it to the top are constantly focused on the one goal: making sure they make each step and they get up there safely.

“It’s just a little motto we ran through the weekend: keep looking at your feet and the good things will come.”

McLaughlin admitted he lost brief sight of his feet in the lead-up to Sunday’s race.

The post race time penalty handed to title rival Shane van Gisbergen increased the points margin between them to 53, mirroring 2017 when McLaughlin held a comfortable lead into the final title-deciding race of the season.

“Before the race I was genuinely freaking out,” he said.

“I actually texted Dave (Reynolds, polesitter) before the race, I said ‘good job on the qually; I’m absolutely s******* myself!’

“I was really nervous: I had a sense of déjà vu and was just waiting for the next bad thing to happen.

“Before the race I actually had a drama with my radio. I got out of the car with about three minutes to go and had to quickly take my helmet off. I was going off like a headless chook. They changed my earplugs and I got back into the car and it worked.

“It was just a couple of niggly little issues and I was like, ‘oh my god, is this something bad happening again?’ but thankfully it all held off.”