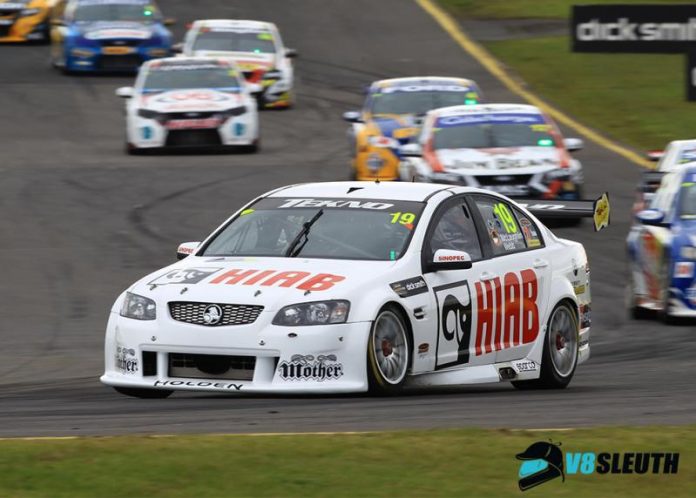 THE Kumho V8 Touring Car Series will welcome another car to the grid in 2019 with series regular Warren Millett set to race an ex-Tekno Autosports VE Commodore in the third-tier category.

Millet recently acquired the Commodore from Eggleston Motorsport who fielded the car in Super2 competition following its one and only season of Supercars racing in 2012.

The purchase is something of an upgrade for Millett who has raced an ex-Mark Skaife HRT VZ Commodore in the series since 2013 after outings in the now-defunct V8 Ute series.

“I raced in the Kumho Series last year and was next to Eggleston’s team and he told me that they were thinking of selling it,” Millett told V8 Sleuth this week.

“He sent me through the details and then I had to get permission from the wife to pay for it! So there were a few fancy dinners involved, but I finally got the OK and did the deal.”

A Triple Eight chassis that first appeared at Paul Morris Motorsport in 2011, it was sold to Tekno and made its race debut at Adelaide in 2012 in the hands of Jonathon Webb.

Webb raced the car for the entire season and was joined by current Supercars star Scott McLaughlin for the endurance races, giving the Kiwi his first Bathurst 1000 start.

The pair managed competitive results at both events, finishing 10th at Sandown and sixth in the 50thyear celebration Bathurst race.

The Commodore was sold to Eggleston Motorsport where it was run in Super2 with Jack Perkins at the wheel for the majority of 2013.

It saw out a further three seasons of racing with Eggleston Motorsport before being sidelined in 2017 and sold to Millett earlier this year.

The Sydneysider will get his first hit-out in the Commodore later this year following some preparation work on the car.

“I want to have a run in it at Sydney Motorsport Park or Wakefield within the next few weeks, depending on when it’s ready to go,” said Millett.

“I’m planning to do the whole series next year, it’s looking like a good calendar and the car has the potential to be a bit quicker than the VZ.”

The Kumho Tyre V8 Touring Car Series will once again race at Virgin Australia Supercars Championship events in 2019, though a final calendar is yet to be revealed.