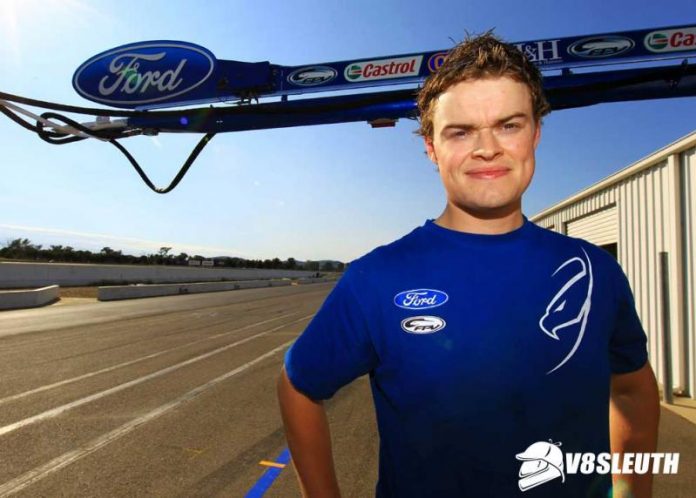 Former GRM pilot returns to where it all started …

ANOTHER piece of the 2018 Supercars Pirtek Enduro Cup puzzle has fallen into place with the confirmation thatJames Moffat will joinTickford Racing for Sandown, Bathurst and the Gold Coast later in the season.

It’s something of a return for Moffat to the team that gave him his debut in the Supercars Championship back in 2010 when it was then known as Ford Performance Racing. Moffat shared the #6 Dunlop Super Dealer Falcon with Steve Richards at Phillip Island before then driving alongside the multiple Bathurst winner at Mount Panorama.

However, Tickford Racing’s announcement today made no mention of which of its full-time drivers – Mark Winterbottom, Chaz Mostert, Cameron Waters or Richie Stanaway – would share their Falcon FG X with Moffat.

“Obviously I think it’s a great opportunity to join up with everybody at Tickford Racing, and is something I’m really looking forward to,” said Moffat.

“This all happened pretty quickly. My main focus, once it became clear to me that I wasn’t going to be able to remain full time in the championship, was to secure a co-drive that I thought put me in as good a position possible to win some of the biggest races of the year. “