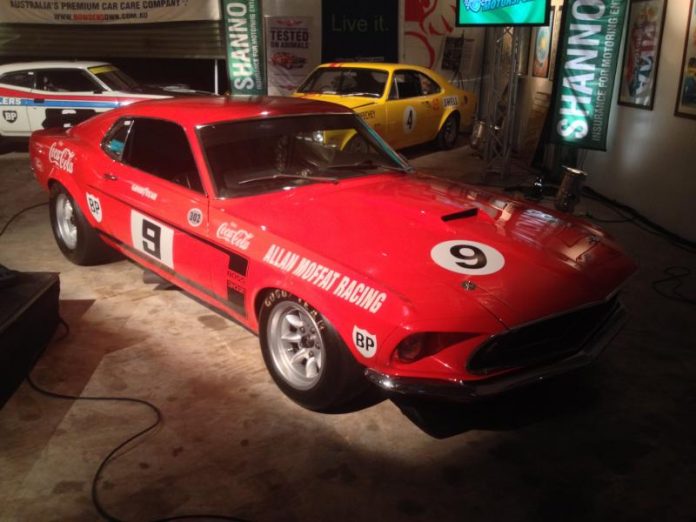 ALLAN Moffat’s famous 1969 Coca-Cola Mustang Trans Am will be a major drawcard at this year’s Phillip Island Classic Festival of Motorsport on March 5-8.

Taking pride of place at the three-day, 49-race strong event is the car that put the Ford legend on the map in Australian motorsport that won 101 of 151 races it contested from 1969 to 1974.

Now a crucial part of the Bowden Collection in Queensland, the glorious red Mustang will undoubtedly capture plenty of attention at Phillip Island.

Powered by a thumping Boss 302 V8 engine – and 351 on occasion – the Canadian expat made his name with this amazing car.

Incredibly, for all of its race wins and success, the Mustang was unable to take Moffat to an Australian Touring Car Championship crown.

However, it remains a car close to the heart of both Moffat, the Bowden family and thousands of Ford fans across Australia.

Also part of the Mustang theme at Phillip Island’s Classic this year is Bryan Thomson as Patron of the 2015 event, while John Bowe will keep the Mustang theme of the event with his current Touring Car Masters Mustang Fastback at the event for display and demo laps.

More than 500 historic racing cars will compete over the three-day event with racing to commence on Friday afternoon, March 6.

Each Historic category will have two races on Saturday March 7 with most also having two on Sunday March 8.