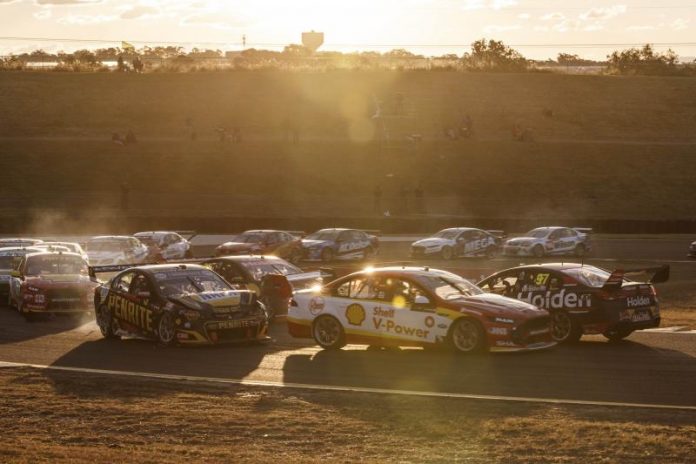 McLaughlin and van Gisbergen slip further back in championship

KIWI Supercar stars Shane van Gisbergen and Scott McLaughlin have each received penalties for their driving in yesterday’s Race 17 of the Virgin Australia Supercars Championship in Sydney.

The Red Bull HRT driver has been penalised with a post-race 33 second time penalty for breaching the restart procedure when he overlapped McLaughlin’s Shell V-Power Ford prior to the control line with green flags still yet to bedisplayed at the time of the overlap.

McLaughlin was given a post-race 15 second time penalty for contact with van Gisbergen at turn 2 yesterday, but has had an 18 second penalty added to that.

The penalties demote McLaughlin to 22nd and van Gisbergen to 24th in the Race 17 results with Race 18 to be held at Sydney Motorsport Park today.