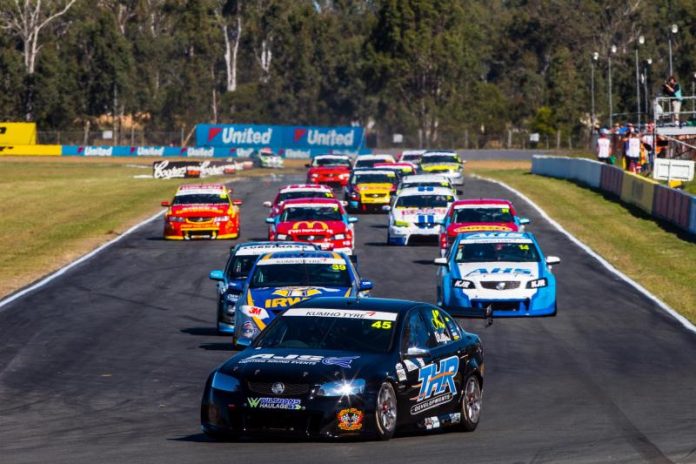 The 2017 season will kick off at the WD-40 Phillip Island SuperSprint on April 21-23, joining the Supercars at the historic Victorian venue for the first time.

The Phillip Island round will also create history as the first event where all three-tiers of national level competition for Supercars and ex-Supercars compete on the same program, the Phillip Island event also a round of the 2017 Supercars Dunlop Series.

A return visit to the Woodstock Winton SuperSprint on May 19-21 will make for back-to-back Victorian rounds to kick off the year.

After a winter break, the Kumho Series then heads north to Queensland for a second visit to the Coates Hire Ipswich SuperSprint event on July 28-30.

Following three Supercars rounds to commence the year, round four will see the series return to the Phillip Island Grand Prix circuit in September, re-joining the Shannons Nationals program on September 8-10.

The final round will be with Muscle Car Masters at Sydney Motorsport Park, with the date still to be confirmed.

“We are very pleased with the 2017 schedule and an expanded presence racing alongside the Virgin Australia Supercars Championship, and we are looking forward to kicking off our new season at the WD-40 Phillip Island SuperSprint in April,” he said.

“We have built a great relationship with the team at Supercars and that event in particular is going to be fantastic, with the Kumho Series, Dunlop Series and main-game all on the same program.

“It also gives our teams – a lot of them who do double duties in the Kumho Series and Dunlop Series – have some economies of scale and make their racing more cost effective.

“Winton and Queensland Raceway have always been popular additions to the series, and we couldn’t say no to a second visit to Phillip Island as our competitors love to race at one of the world’s best circuit.

“The 2017 schedule will help grow the Kumho Series even further and build on the very successful 2016 season.”

Further information about the 2017 season, including an evolution to the class structure, will be announced soon.