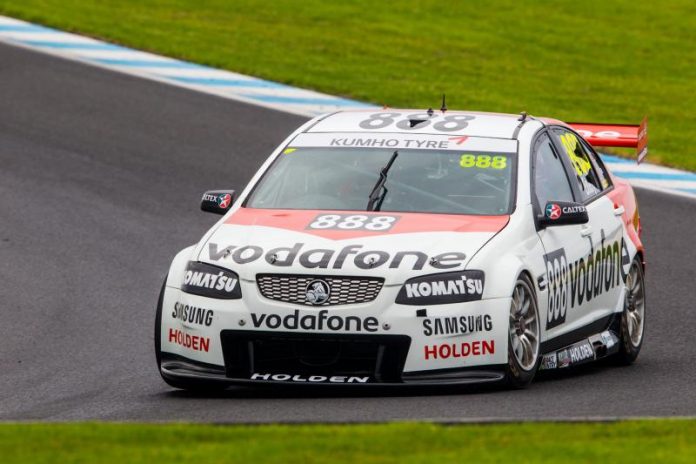 And the Kumho Series is off to The Bend too!

THE 2018 Kumho V8 Touring Car Series will next year support more Virgin Australia Supercars Championship rounds that ever before in its 10th anniversary season of competition.

Series organisers have today confirmed a five-round series calendar that includes four as support to the Supercars Championship, including a trip to the brand new Tailem Bend circuit in South Australia in August.

The V8 Sleuth-supported series – run for former Supercars Commodores and Falcons – will again support Supercars Championship events at Phillip Island, Winton and Queensland Raceway and has retained the backing of Kumho Tyre as major sponsor and control tyre supplier.

The Kumho Series calendar also confirms a change of date for next year’s Muscle Car Masters at Sydney Motorsport Park, which moves from late October to an early June slot.

The compact calendar means one round per month for five months running from April to late August.

Next season will be the first time in its history that the Kumho Series will not hold a round on the Shannons Nationals bill, where it first appeared way back in 2008 at Mallala.

The 2018 Kumho Series will also see an increased allocation of Super Licence points awarded to the series champion, helping cement the category as an ideal stepping-stone to the ‘main game’ of the sport.

“We are very proud to build our relationship with Supercars further and that they see the category as being a valuable part of their support program,” said Category Manager Liam Curkpatrick.

“The close, competitive racing at the front of the field between young-guns looking to make their mark on Supercars racing, coupled with the heritage aspect of the series make it a great product and we’re thankful to Supercars for their support.

“The 2018 calendar is compact and while the three-week turnaround between Winton and Sydney is relatively tight, the remainder of the rounds are well spaced to give our teams ample time to prepare.

“Regular racing over a five-month period will give our teams great exposure as the series quickly builds throughout the year.

“Finally, the chance to race at The Bend in their first Supercars round was too good an opportunity for the series to miss; we’re very excited to be part of a history-making weekend.”