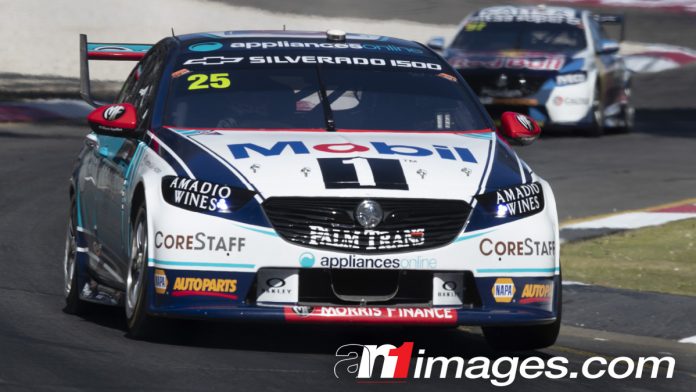 CHAZ Mostert’s current Walkinshaw Andretti United Commodore ZB is the latest in the team’s line of cars to be placed up for auction while still an active race car.

Debuted by Mostert at the beginning of this season, the #25 Commodore is chassis WR 025 and is the 10thCar of the Future chassis built by the team.

The car is being auctioned by WAU team partner Lloyds Auctions.

“To own a Walkinshaw Andretti United built and prepared car is a rare opportunity, so it’s thrilling to be able to give the public the chance, especially a car with so much significance,” says WAU Team Principal Bruce Stewart.

“Not only that, but the added benefits mean the owner will be part of the team, as their car takes the track.”

The car will be sold as a rolling chassis, excluding the engine. The new owner will also have the choice of selecting any livery the car appears in during the 2020 or 2021 season and the car will be available at the end of next season.

The winning bidder will also be entitled to special benefits during the 2021 Supercars Championship season including GA and paddock access ticketing at all events, six hot laps, signed panels, 2021 Bathurst 1000 hospitality (travel, food and accommodation not included).

Bidding closes in the week of this year’s Supercheap Auto Bathurst 1000.