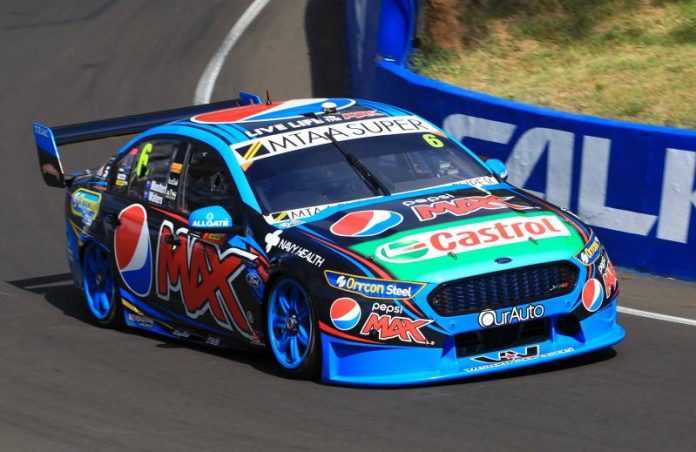 THE remnants of the Pepsi Max Crew Falcon crashed by Chaz Mostert at Bathurst during qualifying for the 2015 race are to find a more permanent home at the National Motor Racing Museum at Mount Panorama.

The leftovers of the chassis (FPR 1218) will soon head to Bathurst to be placed on display in the Museum, which is celebrating its 30th anniversary this year, rather than being sent to the scrapheap.

In the interests of preserving Bathurst history, V8 Sleuth connected the NMRM and Tickford Racing to find a more permanent home for the wreck than its location of the last few years – sitting abandoned outside the team’s Melbourne workshop.

The chassis heading to the Museum was raced by Mostert during his breakout 2015 season, claiming race wins at Winton, Darwin, Queensland Raceway and Sydney Motorsport Park (twice) before it finished runner-up in a team 1-2 finish at the Sandown 500 in the hands of Mostert and Cam Waters.

Pre order a copy of our new ‘Ford at Bathurst, The Cars 1963-2018’ book here now – it includes a photo of the Mostert Falcon among 749 other Fords to have competed in The Great Race.

The 2015 crash sidelined Mostert for the remainder of that season, breaking his left femur and his left wrist in the impact.

View the video of the accident here …