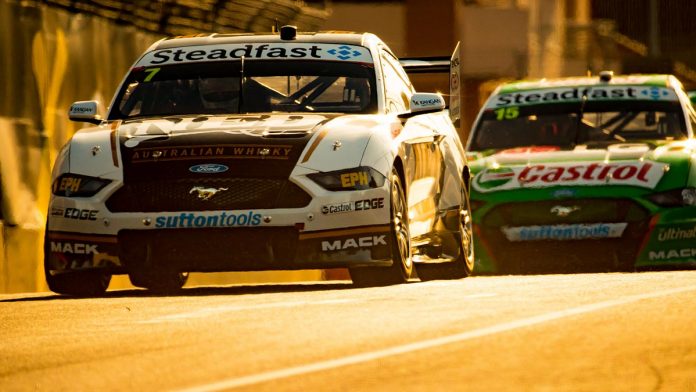 THE latest episode of the Motorfocus Model Podcast has some good news for collectors hoping to get their hands on scale versions of Kelly Racing’s new Ford Mustangs.

The Supercars team switched to Fords for the 2020 season after several seasons campaigning Nissan Altimas, with Rick Kelly piloting a Castrol-backed Mustang GT and teammate Andre Heimgartner aboard a Ned Whisky-liveried machine.

Apex Replicas partnered with Kelly Racing to produce models of its recent Altimas and Biante Model Cars’ Richard Poole confirmed the relationship will continue into the team’s new era.

“We’ll have an announcement out shortly,” Poole told the Motorfocus Model Podcast.

“Obviously with all the worldwide events going on at the moment, it’s pushed us back in terms of deliveries with last year’s cars.

“The original schedule had the first batch of 2019 cars arriving in Feburary, but that was when all the factories closed down. Right now we should have been delivering last year’s Bathurst cars.

“We’re holding off on formal announcements until we catch up, but we will have an announcement on the Kelly Mustangs in the next couple of months – but we’ll be going with a die-cast with full opening parts in the 1:18 (scale).”

Poole also reveals how he came to be involved in the model car industry and talks about his first stint with Biante working with industry icon, the late Trevor Young, and his decisions to branch out on his own with Apex Replicas and then return to the Biante fold in recent years.

He also answers listener questions, ranging from models of the missing 1:18-scale Bathurst 500 podium Falcon from 1971, Peter Brock’s infamous HDT Director, and the latest updates on a range of upcoming and hoped-for releases from both Biante and Apex.

Click the links below to listen through Apple Podcasts, Spotify and Google, or listen to the full episode in the player below.

Check out the range at https://www.motorfocus.com.au/ with $10 flat rate delivery Australia-wide!