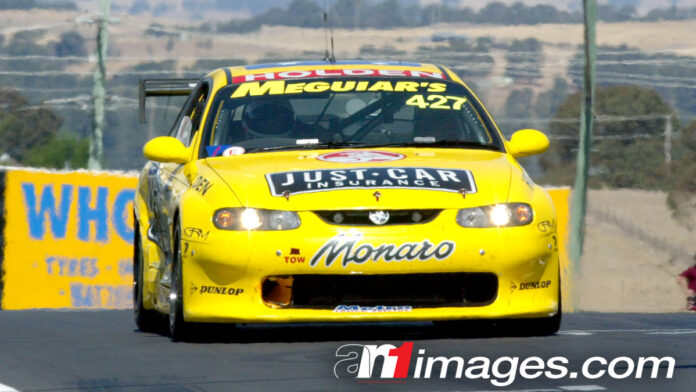 A NEW documentary focusing on the 2002 Bathurst 24 Hour-winning Monaro 427C and the sister car built recently by Garry Rogers Motorsport as the ‘last new Holden built in Australia’ is to air on Foxtel’s new Fox Docos channel in November.

Produced with GRM by Apatchie Media Group and hosted by V8 Sleuth’s Aaron Noonan, the documentary is due to first air on Fox Docos on November 30 at 7.30pm AEDT.

It will then be repeated on Fox Docos and is expected to also air afterwards at some point on Fox Sports.

The production tracks the concept, construction and development of the original yellow Monaro that was driven to victory in the inaugural Bathurst 24 Hour by Garth Tander, Steve Richards, Nathan Pretty and Cameron McConville.

In addition to focusing on the history of the yellow Monaro and its debut victory at Bathurst, the program shows the behind-the-scenes construction of another Monaro, painted in a 1960s retro livery, built to the same specifications as the original car.

This car was the result of a project created by GRM in 2020 to provide work for its workforce during the COVID-enforced shutdown of racing.

The new car rolled out for the first time this year after 3000 man hours went into completing the project.

The yellow Bathurst 24 Hour-winning Monaro is currently on display at the National Motor Racing Museum at Mount Panorama, while the new white car has been acquired by LMCT+.